Yankees Hall of Famer Yogi Berra had a way with words and phrases that simultaneously defied logic and English grammar.  What endures from his prolific one-liners, and endears him to most of us, are the pearls of wisdom cleverly hidden in his perpetual combinations of non-sequiturs and impossibly mixed metaphors.

One such Berra phrase, “déjà vu all over again,” accurately describes the repetitive, inaccurate, dishonest, illogical, and unconstitutional rhetoric that inevitably follows any incident in which a villain, thug, psychopath, sociopath, schizophrenic, or otherwise evil or vengeful person uses a gun to kill at least three people, especially if those victims are children.

Ironically, the same rhetoric doesn’t seem to apply to terrorists, whose weapons of choice include knives, pressure cooker bombs, automobiles, box cutters, and airplanes.  Acts of terrorism inflicting maximum injury and death upon innocent masses seem immune from calls for “control” of the tools of the terrorist’s trade.

And yet, every shooting incident taking place at a soft target (schools, malls, movie theaters, restaurants, busy sidewalks, concert venues, etc.) incites an uproar of demands from the left for new and stricter gun laws that even opponents often admit would not have prevented the incident.

We rarely hear common sense solutions from collectivists and gun-grabbers. When confronted with the obvious question, “What is the purpose of a law that would not have prevented the shooting and will not prevent future shootings?” the answer is often based on emotion and not fact.  For instance,

“There is no good reason for ordinary people to have access to weapons of war like semi-automatic rifles.”
or
“We just need to do something, anything, so that this tragedy never happens again.”

News stories covering accounts of school shooting incidents generally include live interviews with actual witnesses, surviving students, police, emergency responders, and teachers.  In almost every instance, the duration of the attack is shorter than the response time of armed law enforcement personnel who don’t have specific information on arrival and must take time to evaluate the situation from outside the building before taking action.

A “gun-free zone” is an invitation to anyone with murder on his mind.  “Come on in – there is no one here who has the necessary tools to stop you.”  If the shooter is the only person with a gun, he doesn’t need a thirty round magazine to end the lives of dozens of innocents.  As a matter of fact, in a recent school shooting, the shooter used a six-shot revolver and a pump-action shotgun to kill eight students and two teachers and injure another 13.

These soft target attacks do not necessarily represent a failure of law enforcement.  It is, however, a clear failure of policy.  Armed personnel with proper training present inside a school would have a better chance of stopping a shooter long before any police arrive on scene, greatly minimizing the number of injured and dead.

Robert Heinlein said, “An armed society is a polite society.  Manners are good when one may have to back up his acts with his life” Although not always true in real life, putting up a home security sign before the system is installed can be an effective deterrent to a home invasion.

Collectivists cannot achieve their dreams of one world socialist government unless the American people are disarmed.  History is always instructive.  For obvious reasons, every dictator including the likes of Hitler, Stalin, Mao Tse-tung, Mussolini, Pol Pot, and Castro, disarmed the population as soon as he was able to do so.  These tyrants understood that an armed people cannot be enslaved without a fight, that just might end up killing the would-be oppressor.

Unfortunately, human beings are not a peaceful species, and the same creativity that allowed us to devise systems to reach the moon has given us a variety of weapons of destruction, some of which could even destroy all mankind.

Undeniably, it is the Natural Law Right of every individual to obtain and use whatever tools are necessary to protect himself and his family from harm.  Moreover, our founding fathers recognized that parity in armament is a requirement for successful protection of one’s property and person.  A Continental Army equipped only with pitchforks and knives would have had no chance of victory over a British army furnished with muskets and cannon. In today’s world of crime, a six-shot revolver is not adequate defense against thieves and thugs carrying semi-automatic weapons. Legislative and regulatory initiatives that prevent any law-abiding citizen from having access to the same weapons as his potential killer are both unconstitutional and immoral. 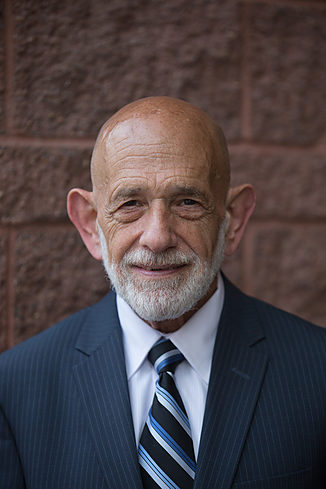 In this interview, Dr. Dan and Bob will discuss the importance of the Second Amendment to our individual freedom and the pressure to repeal it in the wake of school shootings.