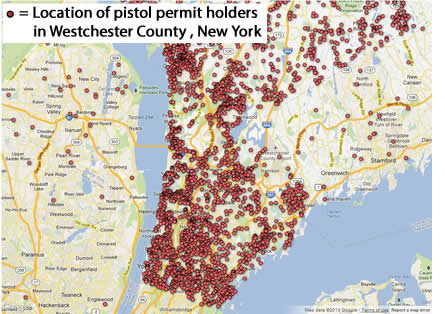 Whether viewed from a national or local level, the battle over our Second Amendment right to keep and bear arms for self-protection can be reduced to elitist arrogance and hypocrisy versus reality and cold hard facts.

Recently, the University of Colorado issued an advisory for women on how to deter sexual assault. Some of the tips include:

In some school districts, teachers are being taught to throw

objects at an armed attacker to distract him then charge

at him with a stapler or scissors.
→ Passive resistance may be your best defense

None of the tips included taking a gun safety class, getting trained in self-defense, or utilizing the right to keep and bear arms for self-protection . . . . I rest my case.

At its February 18 meeting, Cherokee County NC Commissioners passed two strong resolutions recognizing and supporting the Second Amendment rights of law-abiding individual citizens and urging the state legislature to protect the privacy of those citizens with concealed carry permits.

SECTION 2: OPPOSITION TO FEDERAL INFRINGEMENT OF THE RIGHT OF CITIZENS TO KEEP AND BEAR ARMS

The second resolution reads in part:

NOW, THEREFORE, BE IT RESOLVED that the Cherokee County Board of Commissioners hereby requests that the state representative and state senator who represent Cherokee County in the North Carolina General Assembly introduce and support legislation to exempt handgun purchase permits and concealed carry permits from the records of Sheriff’s Offices that are accessible by the public at large.

BE IT FURTHER RESOLVED that copies of this resolution be forwarded to the Honorable Pat McCrory, North Carolina Governor, the Cherokee County Legislative Delegation to the North Carolina General Assembly and to the other 99 counties in North Carolina.

In an editorial following passage of these resolutions, the editor of the Cherokee Scout, Robert Horne, castigated commissioners for acceding to the wishes of the Cherokee County 9-12 grassroots group, calling it “just a small but vocal minority.” Horne further quoted a lawyer for N.C. Press Association’s member newspapers and “a trusted (but un-named) member of the journalism community,” both of whom recited liberal rhetoric about public safety, opining, “It is good policy to allow any of us, if we choose, to find out whether our neighbors, baby-sitters or others might be carrying a firearm in a concealed manner.”

From personal experience, I have found that if you want to know if someone is carrying a concealed weapon and you are close enough to ask, a legal permit holder will readily tell you.

Horne’s editorial concluded by stating, “Although we have no desire to publish it, I dropped off a request for this information Tuesday. If the government does not want anyone to have it, then something must be wrong.”

Initially, most readers paid little attention to the editorial . . . . and then things got interesting.

Editor Robert Horne did, indeed, send a formal request to Cherokee County Sheriff Keith Lovin asking for “a list of all Cherokee County residents who have applied for and/or have received a concealed carry permit.” Further, Horne requested that any fees for compiling the list be waived citing, “that the disclosure of the requested information is in the public interest,” which translates to taxpayer’s footing the bill.

Sheriff Lovin’s response was brief and to the point:

“I am in receipt of your February 19, 2013, request. In reviewing N.C.G.S. 14-403 et.-seq, there is nothing within the statute that makes the information contained therein, a public record. The mere fact that it is information gathered by this office, in and of itself is not enough. If you feel there is statutory authority that entitles you to the information requested, I am more than happy to review and consider it.”

Horne, made a second request in writing, citing an opinion of a lawyer for the NC Press Association, demanding release of the records, again at no fee, and threatening to file suit against Cherokee County.

The public response was immediate and overwhelming, as citizens spoke out en masse in disbelief and anger over Editor Robert Horne’s blatant disregard for the privacy and welfare of Cherokee County citizens. A clearly non-partisan issue, democrats, republicans and unaffiliates alike voiced their concern by posting hundreds of comments on the Sheriff’s Office, Cherokee Scout, and personal facebook pages. The Cherokee Scout deleted all posts and comments from its page yesterday related to this incident.

Following the outpouring of public outrage and calls to fire Horne, boycott Scout advertisers, and subscription cancellations, Editor Robert Horne and Publisher David Brown of the Scout issued yet another letter withdrawing Horne’s request and conveying a self-serving, amateurish, unprofessional and arrogant ‘apology’ that went on to impugn Sheriff Lovin’s motives and character:

“We should have expected Sheriff Keith Lovin’s posting of his correspondence with Editor Robert Horne, because he knows he can’t win in a court of law but wants to win in the court of public opinion.

. . . despite the fact that the Scout likely would win a lawsuit, we have no intention of taking it to court. That would only give Lovin more opportunity to grandstand about his alleged protection of personal gun rights . . . “

This letter further stated the Scout did not intend to publish names but only wanted to share information such as how many people in a specific area are have concealed carry permit holders . . . a suspect claim since the Cherokee Scout actually published an article only months ago in its August 28, 2012 edition entitled, “Cherokee No. 1 for concealed weapons – Concealed carry permits issued more frequently in western N.C. counties. An excerpt from the article follows, that includes the number of concealed carry permits issued for Cherokee County and in which Sheriff Lovin clearly articulated the feelings of the citizens in our area when it comes to the Second Amendment:

Sheriff Keith Lovin said the percentage of people issued concealed weapon permits is higher west of Charlotte. “We are fiercely independent in the mountains, and there is a strong feeling about guns and Second Amendment rights,” he said. “It has nothing to do with the crime rate.”

There are 1,706 permits issued for the county.

A sampling of the hundreds of comments posted by outraged citizens on facebook pages include:

“You were not attacked by the Sheriff. Your request was out of line and it was refused. The issue is in legislation and you thought you could sneak under the wire before a resolution. You stirred the pot and the public pushed you in it. You are now trying to save face, but you’ve burned the bridge and you will reap what you have sown. Do not disparage our Sheriff for standing upon his oath, duty and protecting the law abiding citizens in this county. You have danced on the edge for a long time now in this area with your contrary opinions and I believe you just stepped off the cliff this time. As for controversy… You got it. Let’s see how you like it.”

“So basically you tried to do something underhanded and stupid, people called you on it and now you try to pretend to take the high road? Does that sum it up?”

“Glad we have a sheriff who puts the PEOPLE above the politics. It’s sad that the paper would put their want to sell more papers above the rights and privacy of LAW ABIDING CITIZENS who pay their bills. I will NOT be buying their paper any more.”

“YOU SHOULD NEVER THREATEN TO DO SOMETHING YOU’RE NOT GOING TO DO!!!! AND YOU CAN TELL ALL OF YOUR READERS THAT THE MAJORITY OF THE HOMES IN THIS COUNTY HAVE GUNS AND OR OTHER DEVICES FOR PROTECTION AND THEY MAY OR MAY NOT HAVE CARRY PERMITS. BUT THAT IS NONE OF ANYONE’S BUSINESS UNLESS YOU ARE LAW ENFORCEMENT!!!! Taking back your threat doesn’t change the FACT that you made it. Taking it back only supports that you will LIE to get what you want. I personally have NO use for people who lie and I WILL NOT SUPPORT THEM! . . . you can cancel my subscription effective immediately.”

“The Scout is deleting all negative posts . . .”

“. . . If you lived here during the 60s, 70s, 80s, you know the Cherokee Scout was a different paper then. Times were different, but the people of the community were shown the utmost respect. A newspaper’s job is to serve it’s readers, to keep their best interests in mind when publishing stories or information. You have to first KNOW the people of the community in order to do that well . .

” . . . I assure you Sir that my son has not been overseas 2 times fighting so that a local newspaper can take my rights from me.”

“I Can’t Believe That It Was Ignorance Or Stupidity That Lead These Men To Request This List, But A Liberal Arrogant Sense Of Power. They Fully Intended To Provoke Local Government And Enforce Their Right To The “Freedom Of Information” Act. They Knew The Outrage That Was Witnessed In New York When Another Publisher Decided He Would Publish The Names Of Permit Holders. It’s Time The Liberals Stop Running The News Media Nationally & Locally And The People Had A Neutral News Media Which Reported Just The NEWS.”

“Thank You Sheriff. I will not buy another Cherokee Scout.”

“No news media requests a “gun list” for the good of the people.”

“Too little too late. Had the public not raised so much awareness the scout would not have retreated.”

“. . . Mr Horne it’s people like you and your liberal misguided notions who are systematically destroying our country!”

“To little, To late! They still don’t understand how this offended people. I have a feeling before this is over, they will.

“Thank you Sheriff Lovin for honoring your oath and commitment to the citizens of Cherokee County. We’ve got your back. Respect!”

Today, Sheriff Lovin posted editor Horne’s formal withdrawal of his request for concealed carry permit holders in Cherokee County, and the Cherokee Scout posted to its facebook page a Note to Readers, stating:

“The Cherokee Scout made a tremendous error in judgment this week, and thanks to our readers we learned a tough lesson.”

Cherokee County citizens speak for themselves, honoring and supporting Sheriff Keith Lovin who, having sworn to protect the Constitution of the United States against enemies foreign and domestic, has shown his willingness to protect and defend the rights of We the People.

I, personally, commend Cherokee County Sheriff Keith Lovin for taking a public stand on this pressing issue and joining the ranks of so many other constitutional sheriffs across this nation doing the same to protect and defend. I also applaud the folks in this area for paying attention, standing up, speaking out and making a difference . . . ever vigilant!

Most of us recall the public outrage across this nation following the Journal News’ publication of an interactive map including names and addresses of all handgun permit holders in New York’s Westchester and Rockland counties. Certainly, the Cherokee Scout severely underestimated the conservative principles held by the citizens of rural Western North Carolina who fiercely value their Second Amendment right to keep and bear arms for the purpose of self-protection as well as their individual right to privacy.

Because you can does not mean you should. 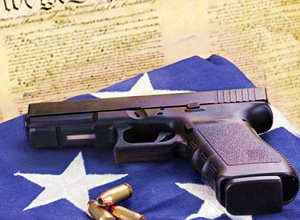