Celebrate Constitution Week by taking in a live stage performance of the Black Robed Regiment.  Pastor Dan Fisher tells their story in period attire with an array of Revolutionary period artifacts augmented by multi-media film. The telling of this story is regarded as a history lesson and has no politcally biased content. 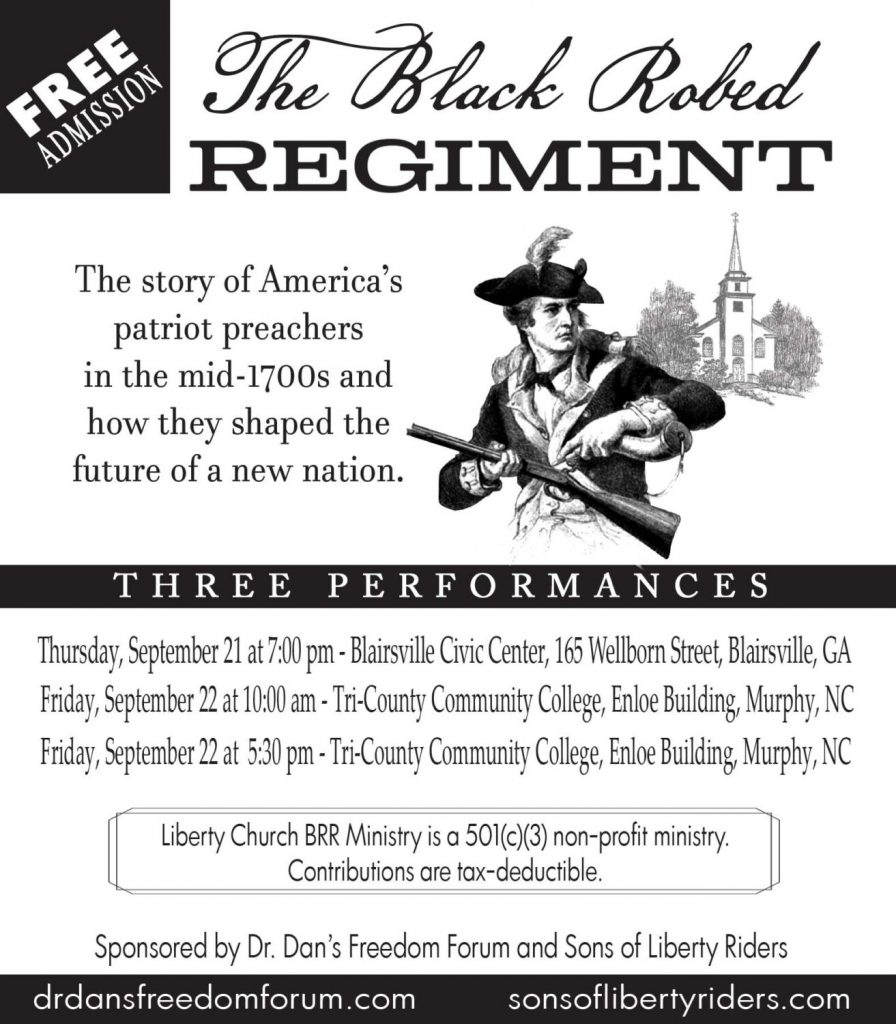 Program Description
Who were the Black Robe Regiment? They were America’s “patriot preachers” – some of the most outspoken proponents of truth and liberty in 18th century America. Convinced that the Bible impacted every area of life – including politics, these brave pastors stood in their pulpits each Sunday wearing their black robes, preaching from God’s Word about spiritual and civil liberty. Because of their willingness to preach the “whole counsel” of God, their congregations were well prepared when the inevitable clash with the British came. Hated by the British who called them the “Black Regiment,” these courageous men “laid it all on the altar” for freedom.Though largely forgotten today, their willingness to lead the men of their congregations onto the battlefields of our War of Independence to defend truth and liberty is one of the most inspiring stories in American history. Without their bold stand and brave deeds, America may never have come to be.
Plan ahead and reserve your “Admission FREE” ticket now!