We have come to that fork in the road Yogi Berra talked about . . . and this time, the road we choose will determine the future of our nation for decades . . . maybe forever.

As American citizens, most of  us believe we are still free, protected by the United States Constitution and Bill of Rights . . . Nothing could be further from the truth.

Compared to what was originally guaranteed us when the Constitution was written, all we have left are a few scraps of Liberty not yet stolen by those who seek control over every aspect of our lives.

Loss of Liberty has happened slowly, over many years . . . . most of us have barely noticed as it was far easier to ignore a painful truth than to confront it.  Many of our fellow citizens are either uninformed, disinterested, or deceived by the false promises of a collectivist future.

About 150 years ago, Karl Marx wrote the Communist Manifesto – a plan for the world’s self-appointed elite to control and enslave all humanity.

Can you see the twisted vision of Karl Marx coming to fruition in the United States?

The Progressive-Communist era in America began about 100 years ago by our own arrogant elitists like Woodrow Wilson, Franklin D. Roosevelt, Lyndon Johnson, Jimmy Carter, Bill and Hillary Clinton, David Rockefeller, their socialist fellow travelers, and all those commissions, foundations, agencies, and organizations, such as the Rockefeller Foundation, League of Nations, Council on Foreign Relations, and the United Nations.

If you take the time to read the founding documents of the League of Nations, the Council on Foreign Relations and the United Nations, you will understand that these organizations came into existence for one purpose:  to bring about one world governance, a one world monetary system, an end to national sovereignty, a UN monopoly of the use of deadly force, and forced international redistribution of wealth in a world-wide totalitarian collectivist society in which individual freedom does not exist.

With the election of Barack Obama in 2008, the runaway train to Socialism in our country has accelerated beyond the elitists’ wildest dreams.  In the tradition of Saul Alinsky, Bill Ayers, and  Cloward and Piven, their plan to replace the national traits of achievement and diligence with dependency and depravity and to supplant national unity with discord is coming to fruition.

Our nation has been purposefully divided along economic, religious, and racial lines to encourage fighting amongst ourselves instead of our common enemy – the destruction of our constitutional republic and the loss of individual freedom.

We have become a society of two classes – the provider class, citizens who are forced to contribute a totally undefined and enlarging “fair share” and the recipient class, residents who have no skin in the game, the zero liability voter who will always vote to preserve his or her financial dependency on the government.

Calls for redistribution of wealth, a fair share and a fair shake, and social justice prove the socialist bias of the current administration.

As Americans, we believe that every citizen deserves a fair shot, playing by the same rules, and that opportunity to achieve the American Dream must be available to all.   Most understand, however, that equal opportunity does not mean equal outcomes.

The two sides of the coin of Freedom are Individual Liberty and Personal Responsibility.  Each of us has a different set of talents, knowledge, personality, background, education, creativity, and initiative.  We apply those qualities to endeavors that lead either to success or to failure.

In our country, persistence and ingenuity have historically led to success.  As such, lack of personal achievement can only be considered a failure of an individual, not a failure of society as a whole.  Once you can blame “society” for personal failure, individual responsibility disappears.

Inevitably, a “Dependency Society” leads to economic failure and loss of individual freedom.  Dependency knows no limits and, once it is established as a societal norm, it grows like a cancer devouring its host and destroying the morality of the nation.  To maintain power, the ruling elite must then resort to the use of force to coerce compliance with their scheme of government theft, elitism, and nepotism.

Margaret Thatcher taught us that socialism only works until you run out of other people’s money.  As we watch the current events in Greece and Spain, we are viewing a window into the future of America . . .  The printing of worthless paper money by the Federal Reserve devalues the dollar and creates inflation, a silent tax on the people who can least afford it.  It is a house of cards that eventually will collapse.

The  credo of Dr Dan’s Freedom Forum is, “The right to own private property that cannot be arbitrarily confiscated by the government is the moral and constitutional basis for individual freedom.”  The entirety of your property consists of your physical possessions, the work of your hands, the inventions of your brain, and your life itself.

Our constitution was written to protect personal property rights because our founders understood that, without private property, there could be no true freedom.  After all, the government cannot give you anything that it does not first take from someone else.  Once the principle of individual responsibility was discarded, aided primarily by Supreme Court decisions during the New Deal, the federal government could purchase votes with impunity.

Always a total failure, Socialism has had only one achievement:  it is the most efficient and successful killing machine ever created by man.

If Socialism is so good, why isn’t it voluntary? 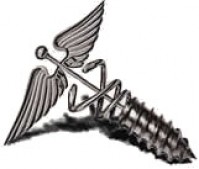 The second critical issue is ObamaCare – Government control over Life and Death.

Keep this question in mind:  Who owns your body?

Three aspects of ObamaCare demonstrate its destructiveness to our healthcare system, our individual freedom, and our property rights, specifically ownership of a person’s body.

The Independent Payment Advisory Board, the IPAB, is a fifteen-member commission appointed by the president with consent of the Senate.  The number of physicians and providers must be a minority.  As suggested by their name, they are “independent” in that their decisions can be overturned only by a super majority of Congress.  As with all bureaucrats, they are untouchable by We the People,  who have no input into the decision-making process, no ability to contest their edicts, and no way to remove them from office.

The mission of the IPAB is to reduce the amount of money paid out by the government to providers of medical services.  To achieve that goal, the IPAB is required to determine the Cost Effectiveness of Care, a figure calculated by dividing the cost of any service or procedure by the projected life expectancy of the recipient.  Obviously, based on this formula, seniors on Medicare are at the greatest risk of losing access to the care they need to survive.

When the government has total access to every entry on your medical record, bureaucrats will have the power to decide your personal eligibility for care based on factors such as age, personal habits and beliefs, compliance with medical orders, and maybe even your political allegiance.

Using electronic medical records, ObamaCare requires your doctor to submit information about your diagnosis and treatment plan for review by government bureaucrats (the IPAB).  Your doctor will be allowed to proceed with care only if the IPAB determines that his plan is appropriate and cost effective.  Doctors who don’t comply face stiff fines and even imprisonment.  Your doctor will, therefore, have to choose between rendering proper medical care to you and facing severe personal sanctions.

ObamaCare is designed to force everyone into a government-run single payer system identical to the British Health Service.  The British Health Service is characterized by long waiting lines for care, diagnostic testing, and treatment.  Survival rates for serious disease in Great Britain are significantly less than in this country, and over 130,000 British citizens who would receive medical care in America are on the Death Pathway, a long painful road to government-sanctioned death that is an accepted part of the British Health System.

Each of us should own his or her own health care as part of a free market system in which competition at all levels controls the cost and improves availability and quality.

The involvement of government in medicine distorts the natural relationship between supply and demand and eliminates the need for individuals to be responsible for their own health care needs.  When government is involved with health care, the delivery of health care becomes a tool used to buy votes for the political advantage of elected officials and the bureaucrats they appoint.

For me, the answer to one simple question defines ObamaCare:  If it is so good, why did Congress exempt itself?

Ultimately, each of us must answer for him- or herself this question:  “Who owns my body?”   How you answer determines your philosophy of governance and will result in slavery or freedom for all of us.

ObamaCare must be repealed to save the availability and quality of health care for all Americans, and we must reestablish the constitutional guarantee of private property rights and free market economic principles that made our nation the most prosperous on Earth.

The choice is clear:  Socialism or America.  You cannot have both.