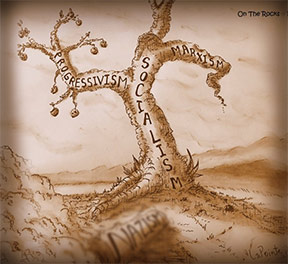 On November 8, 2016, the Democrat presidential nominee, Hillary Clinton, the most recent blossom on global socialism’s tree, hand-picked to preserve the progressive legacy of Barack Obama, was defeated by Donald J. Trump, a political outsider whose campaign grew directly from the peaceful revolutionary protests and grassroots movement of ordinary American citizens.

Nine people were present at the funeral of Karl Marx in 1883. His “Communist Manifesto” proposed state ownership of all private property, a heavily progressive income tax, abolition of all rights of inheritance, a single state bank, control of media and communication by the state, and a free education of all children in government schools. The seedling of world socialism was transplanted to our county early in the 20th Century. The American progressive movement, the child of the collectivist theory of Marx and the arrogant elitist philosophy of the Fabian Socialists, invested all their hopes in Barack Obama and Hillary Clinton to finally achieve worldwide governance by an oligarchy of the chosen few.

On April 15, 2009, We were among 20,000 citizens who attended a protest rally at the Georgia Capital in Atlanta. Similar rallies were held in other cities across our nation. This was the birth of a conservative grassroots movement. It was also the seed that created a patriotic uprising of citizens, alarmed and angry about the usurpation of power by the federal government and its impact on our freedom and our constitutional rights.

Donald Trump tapped into that enormous vein of potential energy, anger, angst, and mistrust to achieve electoral success. He is the blossom of the seed planted by the grassroots protest movement seven years ago.

From a historical perspective, the conservative half of the United States has an intimate relationship with disappointment.

In the real world, any competition has both a winner and a loser, and, in 2008, we were the loser. Barack Obama was elected President with his promise to “fundamentally transform” America.

Since President Obama’s inauguration on January 20, 2009, millions of us conservatives have gone about our daily lives under the legally established governance of the most liberal president in our lifetimes.

We learned to turn the other cheek when the press progressive left demonized us . . . labeled us racist, greedy,lacking compassion, and angry.

We stood tall when the IRS placed targets on our backs.

We clung tightly to our guns and even more tightly to our religion, and we had plenty of company in the basket of irredeemable deplorables accused of being sexist, homophobic, xenophobic, and Islamophobic.

We overcame our fears when the Department of Homeland Security added us to its list of domestic terrorists simply because most of us have exercised our Second Amendment right of self-protection.

We took on two and sometimes three jobs to make ends meet under an economy strangled by taxation, burdensome government rules, regulations, and skyrocketing healthcare deductibles and premiums.

We worried about our failing public education system and the Common Core State Standards it initiated that seemed to be dumbing down education at every level. What impact was this going to have on our children’s future?

We worked hard through each election cycle to promote candidates who swore to reverse America’s rapid descent into a collectivist society without borders in contradiction to the rule of constitutional law. We had a few successes along the way.

We regained control of the House in the mid-term elections of 2010 when we sent 63 republicans to Washington, only to have them betray our efforts and our trust when they failed to stand for the conservative principles they promised to support . . . The White House remained out of reach when, in 2012, the will of the people through the electoral process sent Barack Obama back to the Oval Office.

So now the conservative half of America has survived these past eight years under the thumb of an administration we didn’t trust or respect, whose policies promoted hatred and division, and whose executive orders were in direct contradiction to the Constitution and the rule of law.

On November 8, 2016, Americans had a binary choice between two candidates, each representing completely opposite political and world views.

Donald Trump and Hillary Clinton, as well as those who supported them and their agendas, had equal opportunity to get out the vote to ensure a victory. Approximately 43% of eligible voters nationwide, chose to ignore their civil duty and stay home.

Early in the morning of November 9, the legal process for electing our next president was complete. Conservative Americans across this nation used the General Election as an opportunity to PEACEFULLY ASSEMBLE and PEACEFULLY PROTEST the policies of the Obama Administration, policies that a Clinton presidency vowed to continue. Over 60 million of us put a check mark in the box next to Donald Trump for President, pushing him over the requisite 270 electoral votes to become our 45th President Elect.

In 2017, things are looking brighter for the conservative half of America . . .

In 2017, we will have a Supreme Court that will uphold the Constitution and the Bill of Rights and protect the rights of the unborn.

In 2017, we will have an enforced legal immigration policy, more secure borders, and our tax dollars will stop funding sanctuary cities.

In 2017, lower taxes will allow us to keep more of our hard-earned dollars in our own pockets to care for the needs of our own families.

In 2017, lower corporate taxes, fewer regulations, and trade treaties allowing free trade on a level monetary playing field will lead to jobs and a robust growth of our national economy.

In 2017, we will have competitive, affordable, private health insurance options wherein medical care decisions will be made by each of us in consultation with our own doctors and not the government.

In 2017, Common Core will be eliminated and decisions about education will be made at the local level. We can stop the indoctrination of our children by educators and textbooks that push a liberal collectivist agenda.

In 2017, we will have paused the Syrian refugee influx into our country and begin rebuilding our military.

In 2017, repeal of onerous, unconstitutional, and anti-scientific EPA regulations will allow for and encourage energy independence based on energy efficiency rather than false environmental dictates. 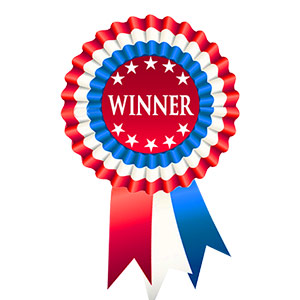 Seven years of peaceful, purposeful, and legal political activism have led to the election of the candidate of our choice.

But also, in 2017 and beyond, We will never again relax, snooze, ignore, overlook, disregard, close both eyes, sleep, let down our guard, or fail to be always on alert and continually scrutinize those We have placed in power by our actions and our votes.  Should they ever forget . . . We the People have spoken and can speak again.

Dr. Dan’s guest on Freedom Forum Radio this weekend is retired teacher and grassroots activist, Jane Bilello. As a leader of the conservative grassroots movement since 2010, Jane is Chairwoman of the Asheville Tea Party and Asheville Tea PAC, and she was the North Carolina State Director for iCaucus from 2012 – 2015.  iCaucus is a citizen-led candidate identification, vetting and election process designed to ensure principled representation based upon Fiscal Responsibility through adherence to the Constitutional Limitations of Government.   In addition, Jane has been a FreedomWorks SuperActivist since 2014, and a Heritage Action Sentinel since 2013.  Action Sentinels are a group of committed conservatives doing the hard work of Congressional accountability.  Jane has taken on the establishment of both parties as well as elected officials at all levels of government in order to hold them accountable to We the People.  Jane lives with her husband, John, in Hendersonville, North Carolina.