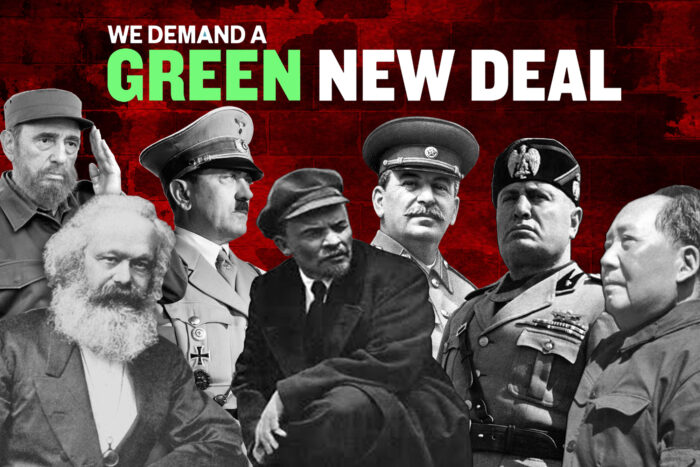 Many believe that the Green New Deal is a novel, innovative, and ingenious approach to the catastrophic phenomenon of Climate Change. If you do, you would be wrong on all counts. It is an old solution to a fake crisis.

Climate Change is merely the newest tool in the collectivist tool box. It is Agenda 21 reconfigured and repackaged for new generations to champion socialism and implement the socialist agenda in our government.

The Green New Deal consists of a combination of property theft, extreme taxation, limits on free choice, government control of all aspects of the economy, controls on freedom of movement, restrictions on free speech, and the impoverishment of our entire population.

Socialism by any other name has been tried before, always with disastrous results for individual prosperity and freedom. The only population segment that prospers under any tyranny, socialism included, is the oligarchy at the top who, protected by armed guards of the police state, steals the compensation from those who work. Socialism is for the people, not the socialists.

As campaigns for the 2020 presidential election begin to heat up, the issue of Climate Change has once again moved to center stage. Historically, it began as “global cooling” during the 1970 Earth Day festivities. A variety of scientists, pseudo-scientists, and celebrities predicted that by the year 2000, the earth would have cooled by 11 degrees initiating a new Ice Age with mass starvation and the extinction of 75% of the earth’s animal species.

Notable predictions from that day 39 years ago:

Dr. S. Dillon Ripley, secretary of the Smithsonian Institute believes that in 25 years, somewhere between 75 and 80 percent of all the species of living animals will be extinct.  ~Sen. Gaylord Nelson (“Earth Day,” Look Magazine, April 21, 1970)

I believe we are in an environmental crisis which threatens the survival of this nation, and of the world as a suitable place of human habitation.  ~Barry Commoner, Washington University biologist (Field & Stream, June 1970, p. 59, Vol. 75, No.2)

Sound familiar? It should. We are hearing the same dire predictions today from a new set of actors with the same agenda – the establishment of a tyranny by the collectivist elite to destroy the economy and sovereignty of the United States and to eliminate the individual freedom of its citizens.

It doesn’t matter that the coming ice age apocalypse predicted in 1970 never happened. When Earth’s temperatures slightly increased, the crisis became “global warming.” And when temperatures were no longer rising, the globalist elitists and socialist spin doctors got clever and simply referred to this new extinction level event as “climate change.” Hot or cold, sun or rain, too much snow, not enough snow, drought, hurricanes, earthquakes, tornadoes,  “climate change” is responsible for and encompassed it all.  This new but same old crisis facing the survival of all living creatures became the answer for absolutely anything and everything that transpires.

Since Earth and our solar system were formed, the climate on our planet has been constantly changing, fluctuating between extreme heat and freezing cold. For many of those millions of years, the Earth was predominantly inhospitable to animal or plant life. It is generally believed that an explosion of life occurred during the Cambrian Period, about 541 – 485 million years ago. Toward the end of the Permian Period, 299 – 252 million years ago, a mass extinction event of unknown cause occurred that killed 90% of marine life and 70% of terrestrial life. That was followed by the Mesozoic Era, 252 – 66 million years ago, known as the Age of the Dinosaurs, which ended with another mass extinction event.

The Age of Mammals, the Cenozoic Era, started about 66 million years ago. During that period, even up until 20,000 years ago, fluctuations of temperature and climate produced warm periods and mini-ice ages. North America, where many of us are sitting right now, was, at times, covered by glaciers several miles high with an average surface temperature in the 50° – 60° degree range. Those glaciers formed the Appalachian Mountains and covered what is now the City of Montreal with an ice sheet 2 miles high. Approximately 1000 years ago, Iceland, now covered by an ice glacier 2 miles high, was settled by Vikings whose communities had farms, crops, and livestock.

All of this history, including two mass extinction events, ice ages, and warm periods, occurred on our home planet without the existence of the internal combustion engine, electricity, nuclear energy, or the presence of mankind. 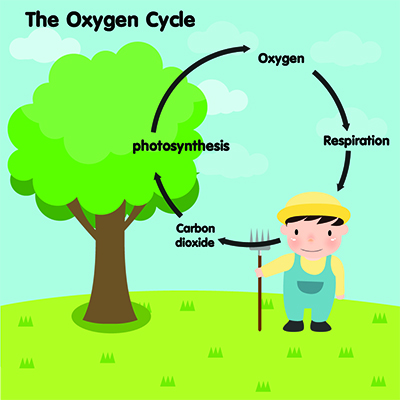 What are the facts? Earth is a CARBON planet – all animal and plant life and the most efficient sources of energy are carbon-based. The symbiotic partnership of animals and plants is based on the free exchange of carbon dioxide and oxygen – neither could survive without the other. Since plants require carbon dioxide to grow, the natural result of carbon dioxide reduction would be mass starvation of all animal species, including humans. The levels of atmospheric carbon dioxide have diminished by 90% over the past 150 million years. One could rationally argue, therefore, that carbon dioxide emission from man’s use of fossil fuels has prevented the extinction of all life on our planet.

Strict adherence to the scientific method over past centuries has led to the amazing discoveries that enrich human existence today. To be valid, scientific study must remain pure and uninfluenced by the agendas and beliefs of government and religion. Galileo, for example, was charged with heresy because he proved and promoted the ideas of Nicolaus Copernicus that the Earth and planets orbited the sun. It was the belief of the church that all heavenly bodies revolved around the Earth.

Whether or not human beings can produce a global climate change is an important question. This question is not at all settled. It can only be settled by actual measurements, data. And the data are ambiguous. For example, the data show that the climate warmed between 1900 and 1940, long before humanity used much energy. But then the climate cooled between 1940 and 1975. Then it warmed again for a very short period of time, for about five years. But since 1979, our best measurements show that the climate has been cooling just slightly. Certainly, it has not been warming.  (“Interview Dr. Fred S. Singer, an atmospheric physicist at George Mason University and founder of the Science and Environmental Policy Project”, PBS.org).

Climate Change is the new religion of today, complete with its revered priestly leaders preaching abstinence and salvation to their congregations of the obstinately faithful whose belief is impervious to facts and logic. So, when I hear it said that Climate Change caused by man is “settled science,” it is my right and even duty to vigorously object.

Climate Change Deniers are the heretics of our era, and I am proud to be one.

“The issue continues to be how you interpret the empirical data that are being collected around the globe. The reason it’s so important to use the scientific method in this kind of research is that man tends to confuse coincidence with correlation and then correlation with cause-and-effect. Note that there is a pretty clear correlation between temperature rise and the increase in NFL salaries.

What bothers me greatly is that these people are so confident that Carbon Dioxide is the root cause of the current warming trend but they never asked the very important question, “What if it is nature? What if things are changing rapidly like they tell us it did 2800 years ago?” Note that none of these climate experts is saying that we can stop the temperature and sea level rise, but only limit the amount to a tolerable level with a target of 2°C increase by 2100. Now we need to ask ourselves the question, “If we are already experiencing all the disasters attributed to anthropogenic Carbon Dioxide outlined in this (IPCC) report as evidence of human caused climate change, what in the world will we have with the best case 2°C increase?”

It’s hard to believe rational scientists do not acknowledge the possibility that the natural rate of climate change could cause a 2°C increase with little or no impact from human activity. If it’s happening with us or without us it seems to me that an adaptation strategy is where we should be spending our time and resources and not putting all our efforts and treasure into de-carbonizing the world and drastically lowering the standard of living for the vast majority of the world’s population.”

Dr. Dan’s guest on Freedom Forum Radio this weekend is Robert Kappelmann, PE.  Kappelmann is the principal energy and environmental policy consultant with RLK Associates.  Prior to entering the consulting field, he served as Director of Legislative and Regulatory Affairs at JEA (Formally the Jacksonville Electric Authority).  He has assisted clients in understanding the economic impacts of new energy and environmental legislative and regulatory initiatives on their utility operations.

Kappelmann received a Bachelor of Science degree from Stetson University, completed undergraduate requirements in Chemical and Civil engineering and received a Masters degree in Environmental Engineering from the University of Florida.  His graduate research area was in Atmospheric Photochemistry.

Kappelmann is a registered professional engineer in the state of Florida.  He is married and has two children (see Complete Biography).