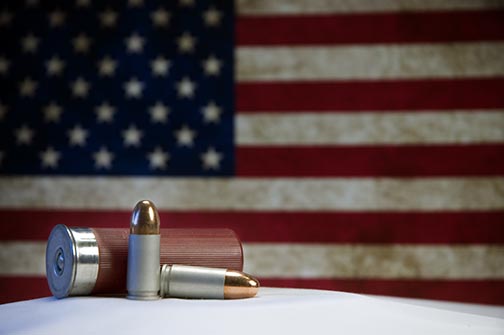 The resolution is patterned after similar resolutions and ordinances already passed by counties in the states of Oregon, Washington, and Illinois and are also being considered in many other locations.

The resolution passed in our county defines, explains, and affirms the moral and legal basis for local officials to uphold and support the Second Amendment of the United States Constitution and the Constitution of the State of North Carolina.  The resolution then designates Cherokee County (NC) as a Gun Sanctuary County to preserve the Second Amendment rights of its citizens as defined by the body of laws outlined in the preamble of the resolution and by governmental authority.

The resolution concludes by prohibiting the government of Cherokee County from using taxpayer funds to support any actions that infringe on the right of the people to keep and bear arms as defined by law.  The resolution does not change any state or federal laws.

The Sheriff spoke at the commission meeting in support of the resolution, urging the commission to adopt it.  He further stated that, as a constitutional sheriff, he would not support or assist in actions that infringed on our Second Amendment rights as defined by law.

Furthermore, any regulation of the right to keep and bear arms or affiliated firearm rights that violates the Second, Ninth, Tenth, or Fourteenth amendments to the US Constitution, that violates Article I, Sections 5, 16, and 30 of the North Carolina Constitution, or that violates numerous related US Supreme Court Decisions including those listed above shall be regarded by the People of, on, or in Cherokee County to be unconstitutional, a transgression of the Supreme Law of the Land and its spirit of individual sovereignty, and, therefore by necessity, unenforceable and invalid from the outset.

Moreover, the criminal misuse of firearms is due to the fact that criminals do not obey laws and this is not a reason to abrogate or abridge the unalienable, constitutionally-guaranteed rights of law abiding citizens.  The last protectors of the US Constitution are We the People of the United States and our ability to fulfill that role successfully rests on our Second Amendment rights.

Therefore, the Cherokee County Government will not authorize or appropriate government funds, resources, employees, agencies, contractors, buildings, detention centers or offices for the purpose of enforcing or assisting in the enforcement of any element of such acts, laws, orders, mandates, rules or regulations, that infringe on the right by the people to keep and bear arms as described and defined in detail above.

This resolution was assembled and written by Dr. Dan Eichenbaum, Cherokee County Commissioner, using constitutional law internet references and is based in part on similar ordinances and resolutions from Columbia and Josephine Counties, Oregon.