HB746, an omnibus pro-gun bill, has advanced to the House floor for debate and vote.  Among changes to current law, this bill would reduce the wait for legally obtaining a handgun.  In addition, HB746 eliminates the concealed carry permit requirement in areas currently legal to open carry.  These changes would still apply only to those 18 or older who are not prohibited by law from possessing a firearm (individuals judged to be incompetent, felons,  etc.). Out of state concealed carry would still be regulated according to each states’ laws.

HB746 will return constitutional carry to the State of North Carolina.

One Republican Plans to propose amendments to weaken this bill, “. . . in defiance of Republican and Second Amendment principles, Representative Sam Watford (Davidson County) is planning to offer weakening amendments in an attempt to water down this omnibus bill.”

Make no mistake, GRNC will oppose ANY weakening amendments to this gun bill, whether they come from Rep. Watford, or anyone else. We will oppose these amendments, insist that other House members vote against them, and we’ll be keeping tabs on who does what. In fact, we encourage you to phone Rep. Watford right now, and politely insist that he not propose anything that would weaken the right of the people to keep and bear arms. His legislative office phone number is 919-715-2526. You can politely remind him of the strong, pro-gun stance taken in the 2016 Republican Platform.

The Next Step
The victory in committee is great news, but we need to keep reminding legislators that voters are serious about their right to keep and bear arms. Let’s keep the pressure on, and make sure everyone in Raleigh knows what the people expect. Below, see how you can easily email House Republicans to do just that. Before you know it we’ll have constitutional carry here in North Carolina!

I also encourage you to call or email Republican members of the House and encourage them to pass the bill without weakening amendments.   Contact information for the North Carolina House can be found HERE. 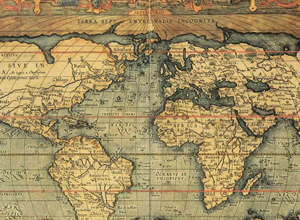