Who owns your body?  The answer to that question is at the very core of any discussion about healthcare and government.  When the government has the authority to make your healthcare decisions, you have lost complete ownership of your body.

This is a centuries-old moral battle between the Natural Law Rights of the individual as outlined in the Bill of Rights and Totalitarian Collectivism in which the State decides your fate.

In ancient Greece, Plato believed that a human being’s only purpose for living was to serve the Greek empire.  Imperfect babies could be killed up to 5 weeks of age, and people over 45 only received palliative medical care.  The decision to terminate a life or withhold care was related to the patient’s usefulness to the collective Greek society.

Hippocrates believed that human life is divine in origin and a physician’s duty was to protect life from conception to natural death.

Fortunately for all of us, Hippocrates won that battle.  Except for a lapse of medical ethics by Nazi doctors during World War II, medicine has generally fulfilled its obligations to humanity as outlined in the Hippocratic Oath.

There have been several versions of the Oath, which may not actually have been written by Hippocrates himself.  The current version is missing some important promises that are part of the original.  Dr. Robert Shmerling, Senior Faculty Editor, Harvard Health Publishing, wrote a summary in which he compares the affirmations of the original oath to those of today.

Those taking the “original Hippocratic Oath promise to:

Today’s doctors face a number of important ethical issues that are not included in the modern Hippocratic Oath which makes no mention of:

With this apparent shift in the moral foundation of our society, the once-sacred doctor-patient relationship is in jeopardy.  Previously, after a diagnosis had been made, the physician’s obligation was to describe the risks versus benefits of all treatment options and allow the patient to choose what seems best.  That discussion also included the cost of care and payment for services rendered.

Third-party payors are now an integral part of the decision-making process.  Their decisions are based primarily on financial considerations rather than medical necessity.  As the federal government becomes increasingly involved in the delivery of medical care, the system is further distorted by the necessities and consequences of political agendas.  Diseases and treatments become a slogan in an advertisement, and real patients get lost in the shuffle.

The COVID virus has brought these ethical issues to center stage.  Every physician-patient encounter now raises a series of dilemmas.  This happens when government bureaucrats and their non-practicing physician advisors start making regulations that come from political agendas rather than moral medical practice.  Physicians are trained to evaluate treatment protocols based on hard scientific evidence and peer-reviewed medical literature with an open mind.

To uphold the Hippocratic Oath, a physician is obligated to offer all possible curative treatments and withhold none to the consenting patient.  To do otherwise is morally unacceptable.

Dr. Dan’s guest on Freedom Forum Radio this weekend is Dr. Wiggy Saunders, co-founder of Robinhood Integrative Health in Winston-Salem, North Carolina, one of the largest Integrative Medicine clinics in the country with over 20,000 patients.  He is also the co-founder and co-medical director of North Carolina Physicians for Freedom, a coalition of healthcare providers fighting for medical freedom. The coalition stands for patient rights, the doctor-patient relationship, individualized patient care, informed consent, and medical privacy.

Dr. Wiggy is married to Emily Saunders, who is the Network Director of NC Physicians for Freedom, and they have 4 boys. 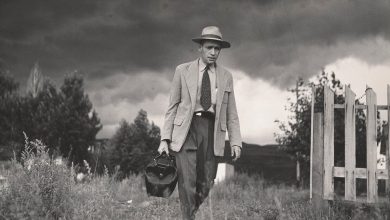 The Ethical Delivery of Medical Care