Because our lives are short, we tend to see history as a linear progression of events, evolving from what we personally know from our own past, that we then project into the future.

Historians and students of history, however, understand that history is cyclical. The linear progression we see for ourselves is only a small section of greater repetitive cycles that last for generations.

The people of our nation have now been purposefully pitted against each other along racial, financial, and political lines, a division that will, likely, never heal. These divisions are, for the most part, real and have a basis in history and fact. They are part of the normal human condition. In any population, people have different abilities, aptitudes, skin colors, sizes, strengths, etc. Our founders, recognizing this, gave us a system of government that created equal opportunity based on individual effort and responsibility . . . not a guarantee of equal outcomes.

What has changed is the deliberate creation of hostility and animosity.

Recently, I read a book by William Strauss and Neil Howe titled The Fourth Turning in which the authors, by studying the cycles in our nation’s history, postulate that the next major upheaval will occur soon after the year 2029. For Strauss and Howe, each historical “cycle” spans the length of a long human life, roughly eighty to one hundred years. A “cycle” consists of four “turnings” each of which lasts approximately two decades. The sequence of “turnings” in each cycle is compared to the four seasons, starting with spring, and mirrors a “seasonal rhythm of growth, maturation, entropy and destruction.”

The First Turning is characterized by an emotional high, an upbeat time of national optimism, strengthening of institutions, and financial gain.

The Second Turning is an “awakening, a passionate era of spiritual upheaval.”

The Third Turning is a period of angst in which the national mood swings toward anxiousness and depression. The old civic order decays, and the people can no longer depend on the continuation of the institutions and freedoms to which they were accustomed.

The Fourth Turning is a “bone-jarring crisis” which begins suddenly as if ignited by a spark. Social disorder and chaos lead to cataclysmic change.

The authors list the three previous “Fourth Turnings” as:

1. December, 1773 – the Boston Tea Party leading to the American Revolution

2. November, 1859 – John Brown’s raid and execution leading to the War of Northern Aggression

In each case “Americans felt as if they were drifting toward a cataclysm, and, as it turned out, they were.”

Few would doubt that America is now in the “Third Turning” of the current history cycle. Citizens who lived through the financial growth and emotional ecstasy following World War II are aware of the current decline in prosperity, morality, and individual freedom. They see and feel this decline in our national fortunes and values, and fear for their children’s and grandchildren’s futures.

As described by Strauss and Howe, “America feels like it’s unraveling.” “Not long ago, America was more than the sum of its parts. Now it is less.” “Popular trust in virtually every American institution – from businesses and government to churches and newspapers – keep falling to new lows. Public debts soar, the middle class shrinks, welfare dependencies deepen, and cultural arguments worsen by the year.”

To continue the analogy of the four seasons, we are now in America’s “autumn” and, inevitably, “winter” will soon be upon us.

If we accept this historical prediction of Strauss and Howe, the “Fourth Turning” of our current cycle will occur before, during, or soon after 2029. It becomes evident, therefore, that it will be today’s young men and women, those now in college or of college age, who are predicted to be the participants in our nation’s next revolution. Whether they realize it or not, they are standing on the “X” of this cycle of American history. 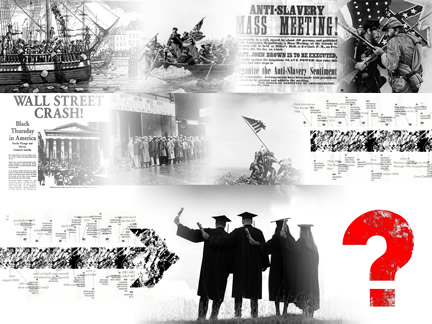 Members of today’s patriot movement often lament the fact that meetings, activities, and demonstrations are rarely attended by anyone younger than retirement age. Today’s youth, in large part, have grown up in relatively safe and uneventful times on an historical scale. Many seem unaware that their individual freedom came at great cost and sacrifice, and they must be willing to protect and defend that basic human right in order to secure it for their own children and grandchildren. 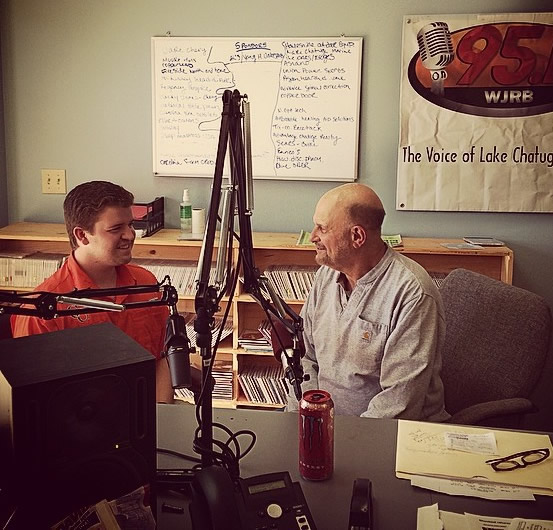 Dr. Dan’s guest on Freedom Forum Radio beginning this weekend is Hayden Duncan, a student at Campbell University and the Chairman of the College Republicans. Hayden is a passionate young conservative who believes in the constitutional principles on which this great nation was founded. 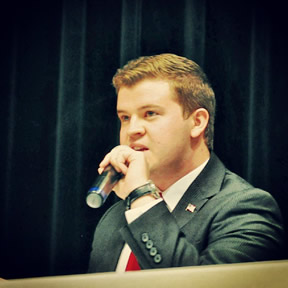 Join Dr. Dan and Hayden for this four part interview as they discuss the importance of the younger generation’s active participation in preserving liberty and prosperity for future generations. Part one airs this weekend, August 30-31, on WJRB 95.1FM and streamed live over the Internet. Part two airs September 5-6, part three airs September 13-14, and part four airs September 20-21. Show times are Saturday 8:00am and 9:30am and Sunday 2:30pm and 7:00pm. All programs are available by podcast following air time at DrDansFreedomForum.com.