As human beings, we face many threats in life. For children, most threats are physical in nature. Children are not born with the instincts and knowledge to know or understand the threat of danger in advance . . . what can be harmful or even lethal. Children, therefore, must rely on parents and other responsible adults to teach them what to fear and avoid. But then again, we are talking about physical threats – things that can cause injury, pain, disability, and even death. 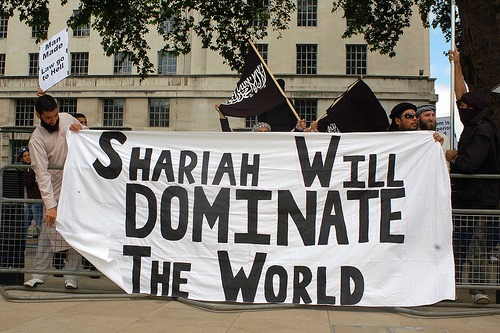 As children age and grow, their consciousness expands to consider and learn the historical, factual, moral, and philosophical aspects of life. The concept of danger and threat is no longer just immediate but consists of everything, real or imagined, from the current moment to the infinite future . . . or at least it should.

America has raised a generation for whom only the “now” matters. The risks of the future are too amorphous and distant to be of concern.  Momentary and immediate gratification has replaced the necessary anticipation of and planning for future challenges. Success in overcoming those obstacles requires a sober assessment of the actual risks and an appreciation of the potential hazards versus benefits of each proposed action. That evaluation process must include relevant history, factual research, ascertaining truth, and a dispassionate use of logic to reach a resolution that matters.

The state of our nation today is the result of our collective unwillingness to make the difficult decisions and endure the hardships necessary to avoid the inevitable fate predicted by the lessons of human history.

Unfortunately, the generations that will bear the brunt of today’s failures are the product of an education system designed to devalue the use of independently verifiable facts needed to reach logical conclusions. With information available at our fingertips through advancements in technology, our youth often believe that everything viewed on one’s cellphone is true because it is visible on the screen, regardless of who provided the words and images that appear. The face to face discussions by which we formed friendships and opinions have been replaced by instantaneous sound-bytes and graphic images that fail to impart the truthful impressions we could deduce from personal contact.

That is a grave problem for mature adults of our generation. Not only have we learned history, we have actually lived it and know that history does, indeed, repeat itself. Our task is to find some way to teach those lessons to the current generation who will, in a short time, take over deciding the fate of our nation. They are the ones who will have to undertake actions to preserve the freedoms we treasure because we fought for them. Our realistic fear is that these future generations take liberty for granted as it was our gift to them. They did not earn it themselves.

When a nation’s laws are designed to limit individual freedom, restrict private property rights, and increase the power of the central government, the eventual result is always tyranny and slavery of the individual. This lesson of history is sadly ignored by our youth.

In America today, we are fighting against two separate insurgencies. Each has its own and very different world view, but they share one common goal – to destroy our constitutional republic that protects and secures Natural Law Rights and sovereignty of the individual, guaranteed to us by God, not government.

As defined by the Encyclopedia Britannica:

Modern insurgency tries to create conditions that will destroy the existing government and make an alternative revolutionary government acceptable to the population. While armed violence always plays a major role in such operations, usually initiated by a small activist minority, acts of terrorism are only the most obvious means used by the rebels. Rumors to discredit the government and its supporters, exacerbation of existing social conflicts and creation of new ones between racial, ethnic, religious, and other groups, political intrigue and manipulation to induce clashes between class or regional interests, economic disruption and dislocation, and any other means likely to destroy the existing social order and to deprive the government of its power base, all play a role in fomenting insurgency.

Fundamental Islam and Progressive Socialist Collectivism are the primary insurgencies of our time.  These are the threats we must now understand and defeat.

Regardless of how it is portrayed by its adherents, Islam is not a religion that seeks to coexist peacefully with others. It is a complete way of life whose legal documents, the Qur’an and the Hadith, require the conversion or subjugation of all human beings by any means, peaceful or violent, under Shar’ia Law.  For centuries, Islam was spread violently at the point of the sword until the defeat of the Ottoman forces at the gates of Vienna on September 11, 1683.

In our time, using the “Trojan Horse” technique, Islam is being spread by “Stealth Jihad” using Muslim immigration and special privileges achieved from the protection of Islam and Shar’ia Law by the legal system and freedoms of targeted countries.

. . . If the jihadists win and the hope for a reformed Islam dies, the rest of the world will pay a terrible price. The terror attacks in New York, London, Madrid, Paris and many other places are only a preview for what is to come

. . . . it’s foolish to insist, as Western leaders habitually do, that the violent acts committed in the name of Islam can somehow be divorced from the religion itself.  For more than a decade, my message has been simple: Islam is not a religion of peace.

. . . . the call to violence and the justification for it are explicitly stated in the sacred texts of Islam.  Moreover, this theologically sanctioned violence is there to be activated by any number of offenses, including but not limited to adultery, blasphemy, homosexuality and apostasy — that is to leave Islam. In America today, we are fighting against two separate insurgencies. Each has its own and very different world view, but they share one common goal – to destroy our constitutional republic that protects and secures the Natural Law Rights and sovereignty of the individual.

Dr. Dan’s guest on Freedom Forum Radio this weekend is John Guandolo, founder of Understanding the Threat, Vice President of Strategic Planning and Execution, author of Raising a Jihadi Generation: Understanding the Muslim Brotherhood Movement in America, which details the Muslim Brotherhood’s jihadi support network inside the United States. In addition, John Guandolo is a counterterrorism expert and former federal agent.

Following receipt of his B.S. in Engineering from the United States Naval Academy, John Guandolo received commission as an officer and embarked on a seven-year career in the United States Marine Corps. During his time in the military, John Guandolo served as Infantry Platoon Commander in the 2nd Battalion, 2nd Marines (Persian Gulf War) and Assistant Operations Officer, Platoon Commander, and Airborne and Diving Officer in the 2nd Force Reconnaissance Company.

In 1996, John Guandolo began a lengthy period as an Agent in the Federal Bureau of Investigation. He held a number of roles in the FBI’s Washington Field Office, including SWAT Team Leader and Subject Matter Expert (SME) in the Counterterrorism Division (CTD).  John Guandolo was a certified Undercover Agent, a Nationally Registered Paramedic, a First Aid Instructor, and served as an FBI “Advanced Capability Medic.” His career included significant overseas travel to many areas of Africa, Southwest Asia, Europe and elsewhere.  John Guandolo also served as an adjunct instructor at the Joint Forces Staff College and instructed at the U.S. Army War College.

Owing to his outstanding performance and service to the Bureau, John Guandolo received two commendations for “Investigative Excellence” from the United States Attorneys’ Office and a “Defender of the Homeland Award” from the Center for Security Policy.

n 2014, John Guandolo was inducted into the “International Who’s Who” for his work in the field of national security. He is a member of the Veterans of Foreign War, the American Legion, and the Force Reconnaissance Association. John Guandolo frequently appears on television and radio, and regularly publishes articles related to these matters in a number of media outlets.

Today, John Guandolo collaborates on a wide variety of educational, training, and consulting objectives through Strategic Engagement Group, Inc., where he works as Vice President of Strategic Planning and Execution. Among his recent achievements, John Guandolo contributed research and writing to the 2010 book Shariah: The Threat to America: An Exercise In Competitive Analysis (Report of Team B II), published by the Center for Security Policy. Dedicated to giving back to the community, John Guandolo has volunteered his time, energy, and resources to a broad range of charitable and civic organizations.

Over the years, John Guandolo has given to the United States Marine Corps Force Recon Association, the Sovereign Military Hospitaller Order of St. John of Jerusalem of Rhodes and of Malta, the Knights of Columbus, Veterans of Foreign Wars, The American Legion, The American National Red Cross, and National Multiple Sclerosis Society. In his free time, John Guandolo enjoys all manner of recreational activities; in particular, he runs, hikes, goes camping, and participates in triathlons whenever possible. An avid musician as well, John Guandolo plays guitar and sings in his band, Blue Daze.