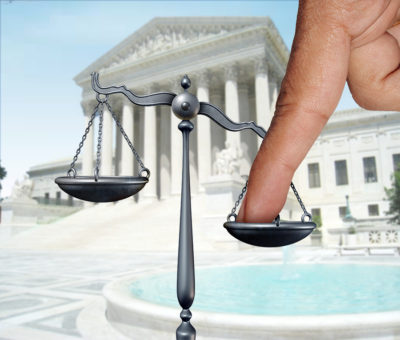 President Trump and Chief Justice Roberts have recently had a much publicized feud about judicial activism by judges in the Federal Court System and the Supreme Court.  It is the opinion of Chief Justice Roberts that the Federal Court System including SCOTUS is apolitical and that decisions are based on constitutional law and not on the political beliefs and agenda of the judges.

After viewing the senate confirmation process for Supreme Court justices in recent years, it is very difficult to agree with Roberts.  Senators, their advisors, and research staff spend hours reading previous judicial opinions, speeches, and both public and private statements of the nominees.  Then, before the hearings have taken place, they announce to the media their probable vote based on the nominee’s support of the senator’s political agenda.  The nominee’s education, years of experience, honors, commendations, and the opinions of his or her peers seems to be of little importance.

A knowledge of history is important.  Bob Levy’s book, The Dirty Dozen, outlines the twelve worst Supreme Court decisions, each of which clearly demonstrate the political bias of the justices as well as the flagrant blackmail of the Supreme Court by politicians to advance their agenda.  It is clear in Levy’s book from the perspective of history and by numerous federal court decisions in our time that the federal judiciary is not infallible.  In fact, many decisions directly contradict the very words of the Constitution.

The United States Constitution is a contract that was signed by thirteen sovereign parties, creating a federal governing body that was not a party to that agreement.  At the end of the four-page handwritten document are thirteen signature blocks, one for each of the states.  There is no signature block for the federal government.

Like any other legal contract, the words, phrases, and sentences have specific meaning as defined by any English language dictionary of 1789.  Scholars and jurists who read and accept the Constitution as written are called texturalists.  Although the framers of the Constitution wrote many opinion articles from which their intent could be inferred, most texturalists don’t believe that one can ever truly know what another person believes in his heart.  Texturalists, therefore, derive opinions from the actual written words rather than the somewhat related notion of “original intent.”

The concept of the “Living Constitution” implies that the written words of the Constitution are an outdated framework from which new and novel concepts and rules can be implied and approved.  A common argument is that, because the internet didn’t exist and was even inconceivable when the Constitution was written, laws governing internet usage that contradict the First Amendment are acceptable.  If you think that argument is logical, try to convince your mortgage holder that you can change the terms of your contract without his approval.  The “Living Constitution” theory is a subterfuge created by those whose primary goal is to circumvent Article I, Section 8 (the Enumerated Powers) to increase the authority of the federal government and to limit and eliminate our individual freedom and Natural Law Rights.

In legal terms, the words of the Constitution speak eloquently for themselves and are the written basis for our constitutional republic.  This concept is no different than any contract written, agreed to, and signed today which binds the parties to a set of rules and actions that cannot be unilaterally modified, altered, or eliminated.

With Congress politicized, polarized, and ideologically split, it is unlikely that useful or controversial legislation can be passed and signed into law.  Moreover, once enacted, legislation is often challenged by legal action in the federal courts whose judges eventually decide which actually become law.  Frustrated presidents then write executive orders that also meet the same fate.  And, of course, bureaucrats write rules and regulations that can be upheld or reversed by federal judges if law suits are initiated by interested parties.

The Supreme Court and the Federal Court System has become the third legislative branch and the executive branch combined and rolled into one.  The “advise and consent” process for justices is conducted by a political body whose members vote to advance their ideological agenda.  Supreme Court decisions override all other federal authority, which gives them, in essence, the same or, in some cases, more executive power than the president.

Unfortunately, the sovereignty and fate of each individual is no longer within his own reach and grasp.  Redress for grievances lies somewhere within the massive governing oligarchy that cares only for its own expansion and profit.  The only public access is through the legal system whose door can only be opened with enormous sums of money.  Since the “watchdog” function of the federal court system must be activated by lawsuit, only parties with deep pockets and abundant patience get their day in court.

As the size of the federal government grows, political power is increasingly vested in the hands of federal employees who are unelected, unimpeachable, and untouchable by We the People.

The battle lines in our nation are now harshly drawn and perfectly clear:

Collectivism vs. Individualism . . . Our Constitution protects and secures the latter, while the Left is intent on destroying its written words and everything it stands for.

A related post, Why the Collectivist Left is So Angry, deals with the use of the Supreme Court for the past 100 years to advance the globalist elitist collectivist agenda. 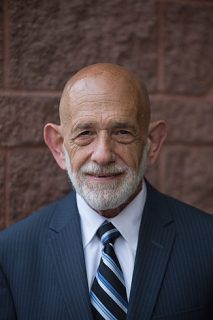 In this interview, Dr. Dan and Bob will discuss the importance and function of the Supreme Court of the United States.