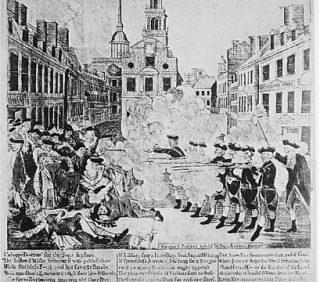 Imagine you are a colonist in 1770s America.  As the tyranny of King George continues to increase its authoritarian rule over the colonists, there is anger and talk of revolution.  At first, minor skirmishes occur that eventually lead to major incidents such as the Boston Massacre and the Boston Tea Party in which your friends are shot and killed by British troops.  Small groups of colonists begin to meet in secret, afraid of British retaliation.  Samuel Adams forms the Sons of Liberty and establishes a network for communication among patriot groups in each of the colonies called the Committees of Correspondence.

On the evening of April 18, 1775, Dr. Joseph Warren, a noted patriot leader in Boston, got word that the British planned to march to Concord, destroy guns and supplies of the colonists, and arrest Samuel Adams and John Hancock in Lexington.  Dr. Warren asked friend and fellow patriot Paul Revere to ride to Lexington and Concord to spread the word.  Paul Revere’s written history of that night tells of a second rider from Boston, William Dawes, who met up with Revere after midnight in Lexington to warn Adams and Hancock.  There, they were joined by a third rider, Dr. Samuel Prescott, who rode on to Concord, stopping at houses all along the way to prepare to intercept the British forces on Lexington Green and in Concord.

What if Samuel Adams and John Hancock had ignored the warning when Paul Revere arrived at Hancock’s home in Lexington at the end of Paul Revere’s ride?

What if no one answered the doors at all the homes where they stopped along the route?

What if only four patriots showed up on Lexington Green the next morning?

What if the Minutemen hadn’t shown up to confront the British in Concord?

The answer is obvious.  We would all be drinking tea and eating crumpets at four o’clock each afternoon.

Today, it is as if we all were back in 1775.  Our country is being stolen from us by a group of arrogant elite globalists, the philosophical descendants of King George, whose intention is to enslave humanity for their own financial gain and for their egotistical satisfaction.  We are pawns in their global chess game, and yet we are still sitting on the sofa.

For decades, they were the insurgents, slowly taking control of the mechanisms of government that maintained our rights and the American Dream.  They used the power of the free market to become wealthy and then used their billions to take over news outlets and digital media to disseminate fabricated news and outright lies.  They used a manufactured medical crisis to proclaim a state of emergency to take away our constitutional rights without due process.  And finally, they used massive voter fraud to disenfranchise millions of voters and remove from office the one president in recent history that threatened to derail their express train to world tyranny.

We know the truth, fellow patriots.  Unfortunately, you will not hear any of that from the besotted press or on the corrupt digital media platforms that censor and suppress our constitutional message.  What you do hear is that we are all “sore losers” and need to accept the results of an election we know was fraudulent and rigged.  Wearing the smirk of an evil bully, they insist that we must bow our heads, surrender our Natural Law Rights, and accept the yoke of globalist tyranny.

Our protests are now labeled “un-American,” but Antifa burning down cities, looting businesses and burning the American flag was an expression of “Democracy”.  We know that Democracy is Mob Rule, the Voice of Socialism, and that the United States is a Constitutional Republic.  They are too ignorant to know the difference.

They are no longer the Marxist insurgency.  They have taken control.  They are the government, and we are their subjects.

Unfortunately, they do not understand reality.  The Jeffersonian concept of “government by consent of the governed” cannot exist if half the country believes the results of the recent election are fraudulent.  Over the past four years, we have seen unconstitutional limitations of free speech and religious practice, censorship of opposing views by the media, and abuse of privacy and property rights in the courts.  We have endured the political torture of our President with fraudulently false allegations, media lies, and impeachment for fictitious indictments. They have promoted initiatives to defund the law enforcement units that protect our lives while threatening to confiscate our means of self-protection guaranteed by the Second Amendment.  Their platform involves fundamental change in the philosophy, mechanisms, and morality of our nation.

When the basic inalienable rights of more than seventy million disenfranchised voters are threatened, a conflagration of epic proportions is only one false move away.

It is time to ask ourselves the hard questions.

What would Samuel Adams do?

What would John Hancock do?

What would Patrick Henry do?

What would Paul Revere do?

I cannot instruct you how to answer those questions.

Our founders pledged their lives, fortunes, and sacred honor for our freedom.  Each of us must find one’s own truth and decide what one is willing to sacrifice for Freedom. 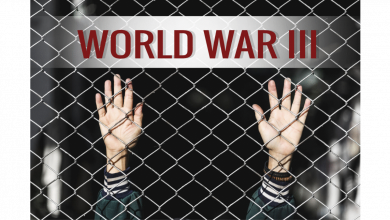 Georg Hegel, Due Process, and Your Future