When President Obama spoke of creating a “civilian national security force that’s just as powerful, just as strong, just as well-funded” as the military, we should have been concerned.  A national police force, like Hitler’s SS or Stalin’s KGB, has been used historically by dictatorial governments to control and subjugate its citizens.  The County Sheriff is the highest elected law enforcement official in the nation, as all law enforcement officers in positions of greater power are appointed, not elected.  A local sheriff, elected by the citizens of his county and subject to recall by their vote, understands that his primary responsibility is to administer law enforcement in a fair and just manner for the benefit of his constituents.

Some complain that President Obama’s quote was taken out of context and that he was simply planning to increase funding to government agencies like the Peace Corps and USA Freedom Corps to increase humanitarian efforts around the world.  Obama did in fact increase taxpayer funds to certain government agencies like the FBI, NSA, BATF, DEA, EPA, and the IRS, bureaucracies that make and enforce regulations the federal government uses to harass its citizens.  These agencies and their bureaucrats have a well-known history of investigating and collecting data about private citizens and groups working against the collectivist agenda.  Under Obama, the IRS targeted conservative individuals and organizations using selective tax audits and delaying applications for tax-exempt status.  They also routinely abused the Privacy and Due Process protections in the Bill of Rights, spying on citizens, using RICO act provisions to seize private property, as well as other abuses of federal authority.

These agencies use federal laws and regulations as part of federal law enforcement actions.  The true goal of the socialist agenda, however, is to control local law enforcement agencies and force them to conform to uniform national standards of conduct and procedure.  The initial step was to use programs such as Community Oriented Policing Services (COPS) to provide technical assistance and funding to local law enforcement officials as an incentive to ensure sharing of services.  Through the COPS program, federal agencies provided massive amounts of used military equipment to local law enforcement units that now look more like an elite military task force in Afghanistan than a police patrol on Main Street, USA.  Sharing of services translates into encouraging the locals to send private information on their citizens to the feds.

The problem, of course, is accountability.  If the feds control local law enforcement nationally, a local citizen can no longer expect a fair hearing by a jury of his neighbors to reverse abuses of the rule of law.

International Communism through its communist agitators and various front groups have been involved in efforts to nationalize the local police forces in the US since the 1960s.  They commonly exploit real or fabricated incidents of police misconduct to incite hatred and violence against all law enforcement personnel as a group instead of ensuring that the guilty are appropriately punished.  In the current anti-police demonstrations and riots, signs with Communist slogans are clearly visible along with Black Lives Matter.

Further evidence of Communist infiltration of the anti-police movement comes from the United Nations’ demands that US obey “international standards,” an ultimatum adopted by the Obama administration during the 2014 anti-police riots in Ferguson, Missouri.  The UN’s Ban Ki Moon injected himself into the fray with a prepared statement through a spokesman in which he “hopes local and federal investigations will shed full light on the killing and that justice will be done.”   Of course, “justice” in UN-speak refers to the requirements in the UN “Universal Declaration of Human Rights” in which “Human Rights” are actually privileges granted by government and limited by law.

Our Founding Documents, the Declaration of Independence, the Constitution, and the Bill of Rights, clearly identify “Human Rights” as “Natural Law Rights” that are granted to each individual by God and not by any governmental entity.  Our founders firmly believed that legitimate government derives its powers from the consent of the governed and that, when government abuses that trust, consent can be withdrawn.  It was on that basis that they declared independence from the British monarch, King George, and created our Constitutional Republic to protect the sovereignty of the individual.

Tyranny in any form is an abuse of our Natural Law Rights. 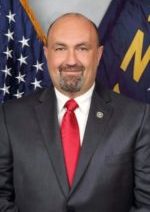 Dr. Dan's guest on Freedom Forum Radio this weekend is Cherokee County North Carolina Sheriff Derrick Palmer. Episode one of this three-part interview begins this weekend, Saturday and Sunday, July 11-12, on WJRB 95.1 FM and streamed live over the Internet.