The United States of America is a nation in trouble and in decline. We continue to travel down a path that is the very antithesis of the principles on which our country was founded. The bold entrepreneurial spirit that fueled our growth and prosperity is now maligned and punished, and the rugged individualism of the frontier is scorned, while collectivism and mediocrity is praised and mandated.

Only the truly ignorant or those totally disconnected from truth and logic fail to understand the consequences of what is happening.

Our nation is ensnared in the Death Spiral that has destroyed dozens of societies before us over the course of history.

There are two ways to conquer and enslave a nation. One is by the sword. The other is by debt. ~John Adams, 1826

Equally lethal is a Spiral of Dependency that has trapped millions on welfare in a state of poverty from which escape is neither possible nor desirable. Why work or seek employment when the welfare “benefit package” far exceeds one’s income potential? After spending $17 trillion over 50 years on programs claiming to eliminate poverty, the result has been the establishment of a permanent recipient class for whom dependency is a way of life . . .  The real goal all along?

Worst of all, however, is a Spiral of Immorality . . . Lying, cheating, and stealing by the arrogant elitists, who have become our rulers instead of our peers, serves as a behavior model for all of society.

Before the ink was dry on our Constitution, those with greed and a lust for power were attempting to centralize governmental authority at the expense of the States and their citizens. During the 19th Century, these individuals were held in check by the explosive growth and westward expansion of the nation. Having only primitive transportation and communications, the federal government did not have the means to exert more than a general level of control over the pioneers and the new territories into which they migrated.

The industrial revolution, however, with the advent of electricity, automobiles, airplanes, radio, television, computers, and the Internet, shifted the balance of power away from the people by giving the federal government the ability to scrutinize and control individual citizens. The arrogant elitists wasted no time eviscerating and eliminating the constitutional guarantees that protect the sovereignty of the individual in order to fulfill their utopian socialist dream of world domination.

Today, the gang of interchangeable thieves and liars we send to Washington to represent our interests pay hollow lip service to the Constitution. They enrich themselves financially and have allowed the federal government and its chief executive to amass absolute power that is no less than that of the English monarch we overthrew during the Revolutionary War.

If I were to ask you if our nation can be saved, if our Constitutional Republic and our Individual Freedom can be salvaged, I wouldn’t be surprised if half of you resoundingly said, “NO”. Many believe that our government is irretrievably broken and that the solemn compact made between the Constitution’s framers and the citizens of the original thirteen colonies, our birthright of Individual Freedom, is gone forever.

There are, however, those who truly believe that it is still possible to restore the United States of America to a nation with a small federal government, strictly limited by the powers enumerated in the Constitution, by which individual citizens can engage in the free market exchange of goods and services without the regulatory fist of government controlling every aspect of their lives.

Because America is the home of ingenuity, there is no shortage of specific proposals to achieve that goal. Since the Nullify Now! Symposium in Raleigh last October, Dr. Dan’s Freedom Forum and Freedom Forum Radio have hosted discussions of Nullification as a means to combat and end federal tyranny.

The concept of Nullification is solidly grounded on the written words of our Constitution, an understanding of their meaning, and a knowledge of the framers’ philosophy based on a study of historical documents from that era.

Our national entity was created by the Constitution, a legal compact ratified by individual sovereign States. The federal government, as the creation of that compact, is most definitely not an equal partner. If one reads the proceedings of the state ratifying conventions, it was clearly their intent to limit severely the powers of the federal government to those specifically listed in Article I, Section 8. The States and their citizens, suspicious of absolute central authority, would never have ratified a Constitution that re-instituted a monarchy like they had just defeated in the Revolutionary War.

The Tenth Amendment specifically gives the power of Nullification to the States and their citizens. There is no article, clause, or amendment in the Constitution that in any way abridges or eliminates that right.

Nullification of legislation and regulations contrary to the Constitution is the absolute duty of the governments of the sovereign States who derive their authority for such action from their sovereign citizens.

Moreover, the individual States, not the Supreme Court, has the authority to determine if the federal government exceeded its authority, and, as sovereign entities, could remedy the usurpation of power by Nullification, interposition, or even by secession. The Supreme Court was never given the authority to interpret the Constitution, only to determine if laws and regulations enacted by the other two branches of government comply with the dictates of the Constitution.

Nullification is, simply put, the act of saying “No” to any law, rule, regulation, or decree of the federal government that is beyond its constitutional authority as defined in Article I, Section 8. A sovereign citizen can initiate individual action on his or her own behalf or join with fellow citizens to force their sovereign state to resist federal overreach and tyranny by this simple act of disobedience.

The Constitution’s framers firmly believed it was a citizen’s absolute right and obligation to do so.

Opponents of Nullification base their opinion on a series of Supreme Court decisions and historical events in which attempts at Nullification were denied or unsuccessful. A careful and complete reading of these articles, documents, and court decisions, however, indicate Nullification was considered constitutionally permissible.

In essence, to oppose Nullification, one would have to believe that the thirteen newly sovereign States willingly signed a compact that created a federal entity with nearly unlimited power over which they had no control.  For additional information, visit the Tenth Amendment Center.

There are several groups promoting the concept of a Constitutional Convention or a “Convention of States” as outlined in Article V of the Constitution.

Article V: The Congress, whenever two thirds of both Houses shall deem it necessary, shall propose Amendments to this Constitution, or, on the Application of the Legislatures of two thirds of the several States, shall call a Convention for proposing Amendments, which, in either Case, shall be valid to all Intents and Purposes, as Part of this Constitution, when ratified by the Legislatures of three fourths of the several States, or by Conventions in three fourths thereof, as the one or the other Mode of Ratification may be proposed by the Congress; . . .

One such group is the Convention of States Project, a project of Citizens for Self Government.  Its website begins with this statement:

The Federal Government is broken.

Washington D.C. will never voluntarily relinquish its power. Left unchecked, the government will continue to bankrupt this nation and destroy the liberty of the people. It is time for citizens and the States to act, and we have the solution.

These groups intend to have thirty four state legislatures (two thirds of the states) force Congress to call a Convention for proposing amendments to the Constitution. Many different sets of amendments have been proposed. Most would address balancing the federal budget and eliminating clauses in the Constitution that have allowed the federal government to amass power.

There are, however, groups proposing amendments that increase federal power by rewriting or eliminating the Bill of Rights, especially the Second Amendment. Some of these proposals, many of which have be around for decades, would rewrite the entire Constitution to include “positive rights” such as the right to a home, job, healthcare, etc., for the purpose of forming a socialist society run by the arrogant elitists in a central government with absolute control over its citizens.

There was a time in our nation’s history when men of good will and honest intentions convened to create a government that would protect and secure individual freedom based on Natural Law Rights. Today, those promoting the liberal/socialist/fascist agenda dominate the press, education, regulatory agencies, legal system, and federal government. In the absence of an unbiased media, public opinion has been molded to support this agenda that has already led to the tyrannical welfare state under which we now live.

Those favoring some form of Constitutional Convention deny the risk that a progressive/socialist/fascist cabal supported by a compliant press and millions of people whose lives depend on some form of governmental welfare program will use the convention to write a new ‘constitution’ creating the socialist utopia of their dreams. The “runaway” convention, fueled by the desire to steal wealth and redistribute it, would be impossible to stop.

It is the obligation of Dr. Dan’s Freedom Forum and Freedom Forum Radio to facilitate the free exchange of ideas and to promote a discussion of all proposals that seek to achieve the goal of a free America inhabited by free sovereign citizens.

Beginning the weekend of February 8-9, Dr. Dan’s guest on Freedom Forum Radio will be Jacquie Peterson of the Convention of States Project. Part 2 of this interview will air on February 15-16.  Part 3 will air on February 22-23.  Program times are Saturday 8:00am and 9:30am and Sunday 2:30pm and 7:00pm.  Listen to PODCAST.

Beginning on March 1-2, Dr. Dan’s guest will be Publius Huldah, a strong proponent of Nullification and an opponent of any form of Article V Constitutional Convention. Listen to PODCAST.

Dr. Dan invites you to listen to these important interviews, do your own additional research, participate in discussions here, facebook, and twitter @ddfreedomforum, and form an educated opinion about this crucial subject.

Constitutional and Historical Basis for Nullification with Publius Huldah

Constitutional and Historical Basis for Nullification with Publius Huldah 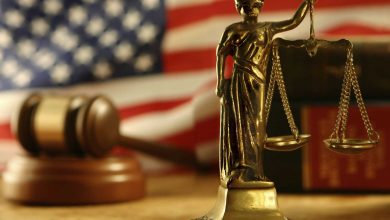 Lesser Magistrates: The Nemesis of Tyrants 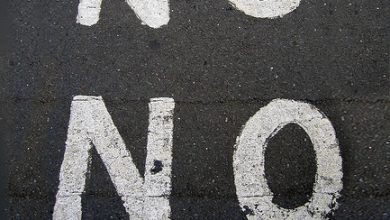