A friend related a recent experience that parodied America’s past and could possibly predict our nation’s future.

Several years ago, I joined a group of like-minded people engaged in promoting local business ventures.  After reading documents that included a mission statement, membership requirements, and governing structure, I signed up and paid my initiation fees and annual dues.  As an active participant, I attended meetings, followed the rules, and worked to achieve our goals.  There were a few odd balls and several small cliques, but the overall effort proceeded as promised.

Over time, I noticed that group activity became stagnant.  Some leaders and members were not performing according to the rules, and I suspected they were possibly involved in some dishonest alliances.  Hoping that a change in leadership would rejuvenate the group, I ran successfully for a seat on the governing board.  At first, I was able to make modifications in operating procedures.  Unfortunately, there was enormous inertia against positive change, and I discovered that the leaders’ intentions were no longer acceptable or honorable.  After carefully assessing the overall situation, I realized that the group was not willing or able to regain its original values.  Therefore, I resigned from the group and began searching for alternatives.

After the American War for Independence and the failure of the Articles of Confederation, our founders, with great wisdom, created a constitutional republic that guaranteed and secured the Natural Law Rights of individuals.  They struck a compromise between Federalists and Anti-Federalists that maintained the sovereignty of individuals and states while giving limited power to a central government sufficient to perform its lawful enumerated powers.  To accommodate differences in priorities and population size of the states, a system of divided constituencies ensured an even balance of power.  As an additional requirement for ratification, the rights of citizens were written down in the Bill of Rights, not merely assumed.

Having endured and overthrown the tyranny of King George, the citizens of our new nation were not willing to submit themselves to uncontrolled executive authority.  There were vigorous debates in each state during the ratification conventions that revolved around the key issues – executive authority, federal government powers, slavery, and the Bill of Rights.  Almost three years elapsed between the initial constitutional proposals and the final ratification of the Constitution by all thirteen states.

Choosing to join the union was clearly a voluntary decision made by each of the sovereign states with the consent of their citizens.  It follows, therefore, that each state retained the constitutional authority to modify or disobey unconstitutional laws and even to leave the union as long as the proposed remedy is not specifically prohibited by the Constitution.  Our founders did, in fact, give us the tools to combat the unconstitutional usurpation of power by the federal government, namely, nullification (including jury nullification), interposition, and secession, all of which they expected to be invoked by a moral, informed body of sovereign citizens in each sovereign state.

The Tenth Amendment gives additional constitutional protection for these remedies with these words:

The powers not delegated to the United States by the Constitution, nor prohibited by it to the States, are reserved to the States respectively, or to the people.

Furthermore, the Supreme Court has affirmed that the Tenth Amendment rightfully applies both to states and individual citizens.

In the decades (1828 – 1860) prior to the War Between the States, the agrarian southern states suffered economic burdens imposed through congressional legislation that favored the industrialized northern states.  Tariffs were a significant source of income for the federal government, but, invariably, their impact on the states was not equal.  The Tariff of Abominations (1828), even with its subsequent modifications, raised the cost of living and overall business expenses in the southern states.  South Carolina’s legislature invoked Nullification of the 1832 modification of the 1828 tariff which led to a negotiated compromise the following year.

Subsequently, the Supreme Court declared Nullification an illegal act.  In resolving that the federal government had supreme authority over the actions of individual states, however, it appears as if they ignored the clear words, intent, and spirit of the Tenth Amendment.

The political wrangling over tariffs, slavery, and other issues continued without compromise or resolution.  Finally, in 1860, the southern states considered themselves out of options within the framework of the Constitution.  Having voluntarily joined the United States nearly a century earlier, the southern states exercised what they considered their rightful remedy and seceded from the union.

As is so often the case, one single act proved to be the proverbial straw that broke the camel’s back.  Having voted to secede in December, 1860, South Carolina demanded the federal government abandon federally owned property including Fort Sumpter in Charleston harbor.  Abraham Lincoln attempted to resupply the besieged fort in April of 1861.  The South Carolina militia opened fire, and war began.

Like America in 1775 and 1860, the division in the nation today is extreme and deep.  Angry words and provoctions are constant on all media platforms, and there is no end in sight.  We are a deeply divided nation, on the edge of a precipice, sitting on the horns of a dilemma that could be easily solved if everyone were willing to abide by our Constitution.  Accomplishing the detente, however, would defy the wisdom of King Solomon.  One side, made up of pathological, arrogant control-freaks, is fanatically intent on ruling the world.  The other side, made up of sovereign individuals, just wants to be left alone to live a life of individual freedom.  Compromise is not an option.  Are you willing, voluntarily, to give up any one of your individual rights and, in return, increase your degree of involuntary servitude?  The obvious answer is no.

While there was general agreement about the limits of national government authority, there were considerable differences between states.  The original constitutional concept of state sovereignty was to allow the citizens of each state to establish its own laws and rules.  Government as close to the people as possible would allow citizens of states and communities with similar beliefs and lifestyles to live together in peace and harmony.  Since all were protected by the Bill of Rights, this “live and let live” principle was both moral and just.

The county result map of the last several elections reveals both the problem and solution to our national strife.  In general, the majority of citizens in “red” counties just don’t have the same world view as those living in “blue” counties.  As a specific example, people in the rural counties of western North Carolina have very little in common with the population living in the counties that include the major metropolitan cities of Raleigh, Charlotte, Winston-Salem, and Asheville.  Their population density allows them to control state government.  The same situation exists in most other states.

Most Americans of good faith desire a resolution to our country’s bitter division that preserves our national union based on the constitutional principles of individual freedom and Natural Law Rights.  Our current course can only lead to acts of secession and outright violence.  Before our differences lead us down that dead end road, we must begin a sober and unbiased discussion about massive re-arrangement of state and county borders to re-establish the balance of power and freedoms protected by the Constitution and the Bill of Rights. 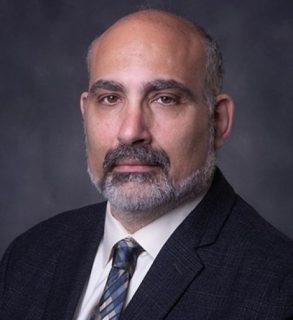 Dr. Dan’s guest on Freedom Forum Radio this weekend is prolific blogger Tom Luongo. Tom describes himself as a former Research Chemist, Amateur Dairy Goat Farmer, Anarcho-Libertarian and Obstreperous Austrian Economist who now contributes to a variety of publications, including Seeking Alpha, Russia Insider, Halsey News and Newsmax Media. Today, Tom is the owner of the blog Gold Goats ‘n Guns where he publishes a newsletter in which he attempts to connect the false narratives of geopolitics to viable long-term investment theses.

Professionally, I’ve spent a lot of my waking hours inside of various analytic laboratories testing your water and soil for contaminants, or in University Research assessing how you process arsenic, where it is found and how to get rid of it.

I don’t believe the man-made global warming story is worth the electrons the peer-reviewed literature is disseminated on.  Those are data sets so dirty I wouldn’t feed them to my dogs.

Individuals are the only people with enough knowledge about their own lives to have a hope of making the right decisions for themselves and no amount of guidance or central planning can help that process along.

All interactions between people should be peaceful and voluntary, free from the coercive power of the state in all its guises.

In short, I’m a libertarian who distrusts all human organizations larger than a two-handed game of poker.

Doctors In the Lion’s Den

A Proper Resistance to Tyranny