Optimism and hope for the future characterize America and the spirit of its citizens. In our darkest hours, there was never a doubt that through hard work and determination our nation would survive and prosper.

This spirit was based on the belief that our system of government, based on our Constitution, was designed to guarantee equality of opportunity for each of us and a fair and consistent application of the law. There was to be no royal ruling class or tyrant like King George, the British monarch we rid ourselves of in our War of Independence. Those we elected to represent us as individuals and to represent the interests of the sovereign states were supposed to accomplish that specific task – go to the nation’s capital, carry out the limited duties assigned to the central government by the Constitution, and return home to live among their peers under the rules and laws they had enacted.

Each time a citizen votes for a candidate, he is expressing optimism and hope that the candidate, once elected, will understand, accept, and fulfill his role as a true representative of his electors and not succumb to the ever-present temptations that come from greed and a lust for power.

As our central government continues to usurp power, eviscerate the Constitution, and ignore the rule of law, it becomes increasingly more difficult for citizens to believe that their voice and opinion matter. In fact, many, if not most of us, have become disillusioned with the entire process of government and the party establishment that demands uniformity of agendas instead of obedience to the moral principles of our founders and the divinely inspired constitutional law they gave to us over two centuries ago.

The optimism and hope of our citizens has been replaced by alienation and cynicism for good reason. The grievances of our founders against King George that resulted in our Declaration of Independence in 1776 are no different from the unconstitutional usurpation of power by our gargantuan federal government today that robs us of our individual freedoms, appropriates and wastes the fruits of our individual labor, steals our private property, and does so without allowing us our constitutionally protected redress of grievances. It is far worse than mere taxation without representation.

These thoughts and feelings are at the forefront of our consciousness as we enter into the current electoral season. Even though we are in the early phases of the primary process, we are already getting a clear picture of the intense anti-establishment sentiment in our country. Grassroots efforts have proven effective in the past three election cycles, sending conservative constitutionally based candidates to Washington only to have the party establishment dictate an adherence to a moderate and often unconstitutional agenda contrary to the wishes of the electorate. It is all about retaining power instead of reestablishing a government based on morality and the rule of law.

We have reached the point of legal anarchy in which felons gain undeserved rights, law-abiding citizens find theirs abridged, the executive branch violates its constitutional limitations on a daily basis, and our elected representatives turn a blind eye to illegality and treason.

When such travesty occurs, we must seek the guidance, leadership, and courage of true patriots.

Whensoever therefore the Legislative shall transgress this fundamental Rule of Society; and either by Ambition, Fear, Folly or Corruption, endeavour to grasp themselves, or put into the hands of any other an Absolute Power over the Lives, Liberties, and Estates of the People; By this breach of Trust they forfeit the Power, the People had put into their hands, for quite contrary ends, and it devolves to the People, who have a Right to resume their original Liberty.

Dan’s guest on Freedom Forum Radio this weekend is Dr. Greg Brannon. Dr. Brannon is a staunch supporter of our Constitution, individual freedom and free market economy.  He is a medical doctor practicing in Cary, NC, and he ran for U.S. Senate in 2014 by mounting a strong grass-roots campaign.

On October 7, Dr. Brannon announced the formation of Organize For Liberty, a 501(c)(4) non-profit organization dedicated to encouraging and protecting constitutionally limited government, individual sovereignty, and the inalienable rights of the individual, through education, activism, and grassroots organization.

Part one of this three-part interview airs this weekend, Saturday and Sunday, October 24-25, on WJRB 95.1 FM and streamed live over the Internet. Part two airs October 31-November 1, and part three airs November 7-8. All programs are available by podcast following air time here. 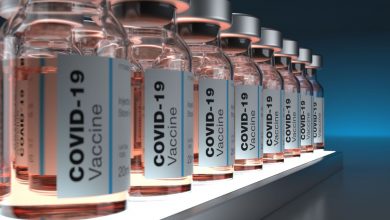