Sticks and stones will break my bones,
but words will never hurt me

These words of wisdom from our parents were usually followed by useful suggestions such as “Just ignore it” or “You can only stop a bully by punching him in the nose”. Most of us chose an option commensurate with our personal principles or physical ability and thereby learned a valuable lesson about how to deal successfully with adversity in real life.

Today’s younger generation, lacking the experience and wisdom needed to pursue practical solutions, is having trouble hearing and listening to words and concepts they don’t agree with or just don’t like.  You see them huddled in “safe spaces” on college campuses holding the ornamental amulets of childhood and being comforted by their equally troubled comrades.  While this does not provide them with the skills required to succeed in life, I have no argument against group “therapy” sessions and seeking advice from others.  Of course, the presence of at least one appropriately trained adult would be advantageous.

The problem, however, is that uninformed Americans and their covert collectivist handlers expect government to criminalize the use of words and speech they consider hateful and punish those who violate these unconstitutional laws.  When government creates a list of objectionable words and outlaws their public use, it does so with flagrant disregard for the First Amendment.  Such government action provides an excuse to disrespect minority opinions and helps to promote the spread of disinformation and propaganda supporting an authoritarian agenda.

The First Amendment prohibits congress from “abridging the freedom of speech” but does not delineate or imply any specific limits.  Such decisions, by default, are left up to a court system populated by judges of differing philosophies decades after the Bill of Rights was ratified.  We are all familiar with the famous quote of Justice Oliver Wendel Holmes, Jr., “The most stringent protection of free speech would not protect a man in falsely shouting ‘Fire’ in a theatre and causing a panic”, part of the Supreme Court decision in Schenck v. United States (1919).  A true libertarian, however, might opine that a person does indeed have the “right” to falsely shout “fire” in a theater with the expectation that he will be held personally responsible by any criminal and civil legal action that may ensue.

When it comes to “hate speech”, Holmes understood that it was up to the people through unrestricted public debate, not the government, to decide what opinions have merit.  In Abrams v. United States (1919), Holmes favored “a free trade in ideas”—even dangerous ideas that we “loathe and believe to be fraught with death” and his dissent stated what was for him, Justice Holmes, the most important principle of free speech:

If there is any principle of the Constitution that more imperatively calls for attachment than any other, it is the principle of free thought—not free thought for those who agree with us, but freedom for the thought that we hate.

Natural Law Rights, one of which is free speech, impose no obligation or restriction on anyone else.  You are not required to listen to or believe what I say, but you cannot prevent me from stating my opinion, even standing on a soapbox in the public square.  There are no provisions in the Constitution that shield a person from being offended.  If you have the right to burn the American flag, an act that is offensive to me and to many others, I also have the right to speak and write publicly about issues disagreeable to you.  And it is the legal obligation of law enforcement to protect my right to do so.

The First Amendment protects freedom of religion, speech, and of the media.  It also guarantees that people may peacefully assemble to seek a redress of grievances.  Efforts to abolish or eviscerate the First Amendment must be considered a Tool of Tyranny, the primary purpose of which is to impose a one-world collectivist oligarchy on the American people. 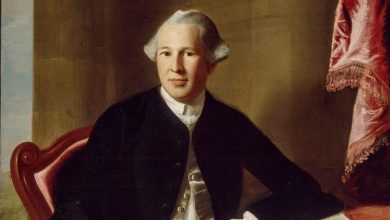