The “Dawn of Civilization” is a topic you can discuss at length without lots of specific knowledge, because so much of what we know is speculation.

There are no “selfies” of prehistoric human beings gathered around the head of a saber-toothed tiger they just killed or YouTube videos of a group of cave-folks partying around the lake drinking homemade wine.

We do know that early humans were hunter-gatherers. They hunted game and ate plants that grew naturally around them. They had to learn what was safe to eat, often through trial and error, with occasional fatal results.

Unlike the animals around him, early man had no physical tools for protection, such as body hair for insulation, a thick skin, padded feet, or great physical strength. Part of the learning process for early man was designing and fabricating the external tools necessary to survive in a harsh and unforgiving environment.

All of these learning experiences formed the foundation for intelligence. As human beings, we have a brain capable of memory, both short-term and long-term, and logical thought – although in our time a significant portion of the American population has lost the ability to use facts and logic to form rational opinions.

In addition to the human brain, two physical characteristics are responsible for the development of intelligence – keen vision and the opposable thumb. Few animals have a thumb on the opposite side of the hand from the fingers, giving us the ability to pick up and manipulate objects in our environment. With our keen vision, we can then examine an item, see fine details, and learn from the experience.

Microwaves, air conditioning, flushing toilets, bacteria-free water out of a tap on demand, and matches have left most of us with very little basic survival skills and ability. For many, “camping out” means staying in a motel with no swimming pool, free wi-fi, a workout room, and a restaurant.

In truth, our modern lifestyle is only a very thin veneer covering the primitive existence from which we so recently emerged. Civilization, at least our current version of it, can only exist if the majority of us are able to satisfy the basic needs for human life – food, clean water, fire, shelter, and physical protection from predators. Moreover, most of us have outsourced the ability to satisfy those essentials, because they are made and fabricated by others. Even worse, in the global economy, so much of what we consume comes from faraway places and must be delivered by supply lines that require energy to operate where security is constantly threatened by forces beyond our control.

If our basic needs are not met, especially food and clean water, civility and good manners rapidly disappear as man reverts to his original animal status. The often-cited “law of the jungle” returns, and the attributes most sought after in today’s world no longer provide safety or sustenance.

We occasionally catch a glimpse of man reverting to the “law of the jungle” during natural disasters or political and social unrest. These events are usually geographically localized and of short duration.  The common denominator among the affected population has always been the belief that the government would solve the problem and “normal” life would resume quickly.

A prolonged period during which the basic necessities of life were not readily available, fortunately, has not occurred in our country. No disaster comes to mind, certainly not within the past century, in which large-scale starvation and lawlessness resulted in mass civilian casualties. Even during the Great Depression, a relatively small percentage of the population was desperately destitute to that degree. Our country’s strength in that era was our unity as a people. For the most part, everyone believed and behaved as though we were all going through these hard times together; that is, we were all part of the national melting pot.

But what if the catastrophic event was so enormous that no solution was possible in any reasonable period of time? What if no responsible working government was available to mitigate the extent of the destruction and death that would occur? What if each of us had no one but himself or herself and family on which to depend?  Scary scenarios that no one wants to think about . . . Only those who prepared with knowledge, training, equipment, and life’s necessities, living with groups of trusted companions, would have a real chance of survival. 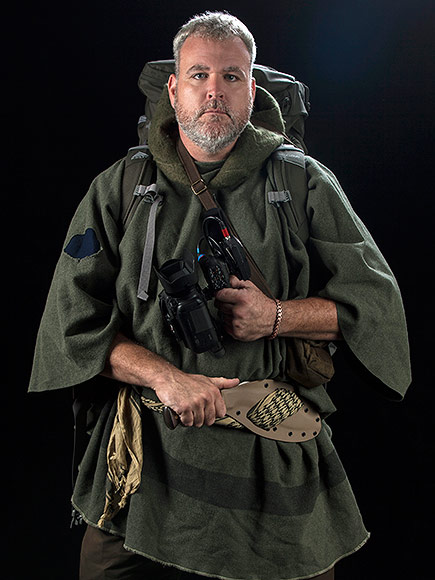 Dr. Dan’s guest on Freedom Forum Radio this weekend is Alan Kay, a local survivalist and survival arts instructor, who successfully competed and won season one of the reality television series Alone. Alan and his fellow contestants were air-lifted to separate isolated locations on a deserted island in the Pacific Northwest. Each contestant was allowed to choose 10 items from a list to bring with him. Alan survived for 56 days, longer than any of the others, because of his survival skills.