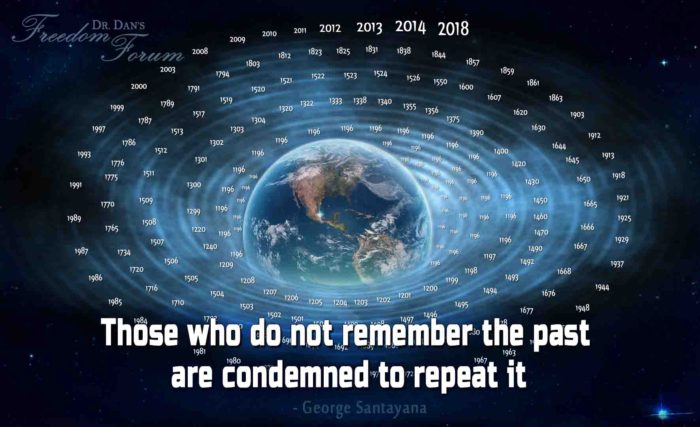 Wouldn’t it be great if we could predict the future?  I am not talking about mundane or personal matters such as the winning lottery number or which team is going to win the World Series.  It would be useful and potentially life-saving, however, if we could accurately forecast major changes that determine our future lives and fortunes.  I contend that this critical information is readily available – all we need do is study the past.

Nineteenth century French novelist Jean-Baptiste Alphonse Karr is credited with saying, “The more things change, the more they stay the same.”  An honest student of history would readily admit that the deep divisions that exist in America today have arisen in many other nations in the past with unfortunately predictable results. 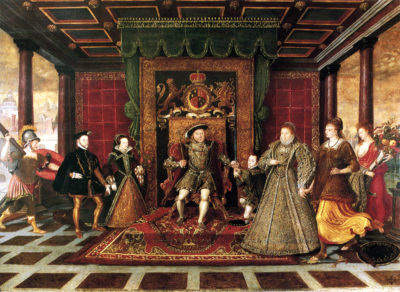 In Medieval times, the nobility of the day, Kings, Queens, Princes, Princesses, Dukes, and Earls, owned everything of value, most importantly the land.  Nobles lived in walled castles protected by private mercenary armies and were surrounded by fawning sycophants and courtesans to feed their narcissistic egos.  Regular people, for the most part, did not own land but lived on property rented from the noble.  The few who owned land as well as those who only rented their land paid high taxes to the noble in return for protection.

News moved at “horse speed” since that was the most rapid means of travel.  Only events that occurred in the immediate vicinity of the castle were known in a timely fashion.  Everything else, even happenings that could have a profound effect on life and personal safety, was basically unknown until the news physically arrived, usually days or weeks afterward or, all too often, with just minutes to spare.

For centuries, the entire civilized world was run by aristocrats and nobles with the money and power to sign treaties, forge alliances, make financial deals, write the laws, make war, and agree to peace terms – all without the input, advice, or consent of millions of regular people who lived beneath them but whose lives were directly impacted by every one of those unilateral decisions.

The American War of Independence was like a gigantic earthquake, shaking the entire world to its core, because it directly and successfully challenged the status quo.  Our founders’ goal was to eliminate completely the assumed power of nobility to rule over common citizens by abolishing the status and concept of nobility itself.  The Constitution secured and protected the Natural Law Rights and sovereignty of the each individual by limiting the authority and power of the government.

The right of a common individual to own private property was the basis of the new order.

The totality of a person’s property was his land, his home, his possessions, the work of his hands, ideas of his mind, and his life itself.  An understanding of our Constitution reveals the many ways its writers sought to protect those Natural Law Rights.

That was two hundred years ago.  On these important principles, where do we now stand?

In the United States today, we are ruled by a gang of arrogant elitists who control our government as well as most of the governments on earth.  Some of these nations appear or purport to be democracies or republics.  Others are undeniably totalitarian regimes in which the rulers hold power by terror and force.  In either case, these governments are controlled by a deep state of oligarchs whose self-interests supersede those of ordinary citizens.

Every governmental action taken serves to amass power and wealth in the hands of the insiders, and the laws, rules, regulations, and edicts are designed to favor the achievement of their selfish goals.  Attempts to break the oligarchs’ grip on government authority are crushed by fabricated laws or targeted violence.  For the ruling class, voluntarily ceding power to the masses is unacceptable.  The stakes are too high.

For this reason, the incentive and the motivation for globalism can be found in every aspect of business, government, and trade.  Globalism is a critically important tool used by the elitists for profit, power, and control.

It began innocently enough with import and export agreements beneficial to all, followed by trade deals and treaties that benefited the wealthy and powerful more than the consumer.

That was their foot in the door.

For globalists, a national currency and a national border is considered constraint of “free” trade, which makes it more difficult for them to make deals and do business in the stratospheric ether in which they live and connive.

From our individual perspective, however, the elimination of national currency and a national border destroys the very qualities that make each nation a unique creation of its people.  It makes America no different than any other nation.

And so we see the unholy alliance grow between business moguls driven by greed and politicians driven by a lust for ultimate power to form the arrogant oligarchy that now rules America – all at the expense of Freedom and the sovereignty of the individual.

We are now all witnesses to the expansion of world-wide totalitarianism on a scale foreseen by George Orwell years ago.  Make no mistake.  The world and man’s history has recycled back to that of Medieval times.

This is our new reality, unless we change it.

The difference is that information now travels at “light speed.”  Collectivist control of the media and the flow of public information facilitates their ability to overwhelm our efforts to organize in order to preserve a vestige of individual freedom.

More importantly, the collectivist left purposefully controlled the education of the last two generations of American students.  Every dictator in history has recognized the importance of molding young minds to accept his world view as “morally” right, even if it contradicts the traditional principles of the nation.  During the Cold War, the Soviet Union was a clear example of the failures of Socialism and the natural end result of a centrally managed economy.  We lived with the threat of nuclear war every day and rejoiced in stories about successful defections and escapes from the oppression and poverty of the totalitarian Soviet regime.

In classrooms today, our students are no longer taught the history of that era.  The state-sponsored curriculum does not include the truth about collectivism, totalitarianism, and how otherwise civilized nations succumbed to that evil ideology in the past.  Informed adults know there are current examples of failed socialist countries such as Venezuela.  The leftist media, however, refuses to report on Venezuela’s financial collapse and the resulting humanitarian crisis, so there is no factual example to contradict the collectivist one-world view preached by Common Core to our students.

Anyone familiar through books or actual experience with the tragic events during the 1930s in Germany cannot ignore the obvious parallels to life in America today.  There are outright restrictions on and censorship of free speech on college campuses, in all media outlets, and on the internet.  Accusations supplant the presumption of innocence and prove guilt, as the rule of law is ignored unless it supports the collectivist agenda.  Verbal bullying of conservatives in public places, the tolerance and encouragement of intimidation and violence against them, and the outrageous threats made by elected officials on the left mirror the tactics of the Nazi Fascists as they seized power.

It is truly only a matter of time until we have an American version of Kristallnacht.  Actually, we already have seen small isolated versions at universities to protest the appearance of conservative speakers on campus.  At these street demonstrations, hired protesters, many of whom have no understanding of why they are even there, loot, burn, and destroy private property.

Unfortunately the battle lines are clearly drawn.  Our goal must, of necessity, be to defeat all efforts to enslave humanity in a collectivist one world order.  America is the last hope to preserve individualism.  The tools of tyranny in the digital age would ensure a totalitarian entity vastly more powerful and enduring than the monarchies of the Middle Ages.

How we fight this evil in our own time may well be the textbook for a generation centuries from now fighting the same war for individualism.  If we fail, however, the account of our actions will most likely be erased, as history is always written by the victorious.

Join Dr. Dan Eichenbaum and Ortrud (Oddy) Crist, PhD. Th. as as they discuss history and events leading up to WWII and how the citizens of Germany were manipulated by their government.  Recently NC Speaker of the House Tim Moore appointed Dr. Crist to the North Carolina Council on the Holocaust.  NC Representative Larry Pittman recommended the appointment after hearing of her parent’s efforts to help hide and feed Jews before and during WWII.

Dr. Crist believes that, ‘If you don’t know history, you’re bound to repeat it’! This concern has taken her to schools, churches and civic groups, to confirm and alert her audiences of all ages that the Holocaust of WWII is a tragic reality, therefore, individual and personal efforts need to be made to make sure that such an atrocity will not happen in America!

Part one of this fascinating five-part interview airs this weekend, October 13-14, on WJRB 95.1 FM and streamed live over the Internet. Part two airs October 20-21, part three airs October 27-28, part four airs November 3-4, and part five airs November 10-11.  Show times are Saturday 8:00am and 9:30am and Sunday 2:30pm and 7:00pm. All programs are available by podcast following air time here.

When Ortrud Crist, PhD, noted author and minister, arrived in America following World War II at the age of 18, she left behind a war-torn Germany where her family lived in the English occupied northern region.

In 1933, before the outbreak of WWII, Dr. Crist’s mother was active in a German underground resistance movement. Even when facing the fear of betrayal by other Germans and the constant harassment of the SS (the Secret Police), the members of the resistance smuggled Jewish people from ‘safe houses’ to ships waiting in the harbor to ferry them to freedom.

Eventually her father was forced to join the war effort and was shipped to Holland as part of the German occupation forces. He served there from 1940-45, close to the English Channel and the open Sea. As part of a small group of German soldiers who assisted the Dutch underground resistance, he smuggled food out of his army camp to feed some Dutch and Jewish people on their way to the waiting ships in the harbor.

These efforts of assistance were verified to Dr. Crist when her family reunited in the early 1950’s with some of the Dutch families.

After the war, the Allied Forces Command issued documents clearing Dr. Crist’s father of being a Nazi sympathizer!

By sharing her family experiences, Dr. Crist hopes to encourage Americans to preserve a free country for future generations.   You can learn more about Dr. Crist by visiting her website, Love Tree Ministries, and reading her book, The Verdict? GOD Is Not Dead!: His Word, The Bible, Is Relevant Forever!, available on Amazon.