My grandparents immigrated legally to our country from Europe around 1900. They came to participate in the financial opportunities afforded by our free market economy, to raise and create a prosperous future for their children and grandchildren, and to live as free citizens.

Anxious to establish themselves as Americans , not Hungarian-Americans, Austrian-Americans, or Russian-Americans, my grandparents enrolled in night school to learn English and went to work.  While keeping some of the customs and traditions from their past, they accepted nothing less than complete immersion, especially for their children, in the culture, laws, and history of our nation.  My grandparents took great pride in grabbing their piece of the American Dream by using their own two hands and a lot of hard work.

I can imagine the joy on my grandparents faces as each of them, for the first time as citizens, pledged their Loyalty, Fidelity, Devotion, and Commitment to a piece of cloth only because it represented our American Republic and the Constitution that secured and protected their Natural Law rights as if they had been born here . . . “I pledge allegiance to the flag of the United States of America, and to the Republic for which it stands . . . “

With their oath and pledge, my grandparents became part of what was at the time the “Great American Melting Pot” that made us one people with equal opportunity and justice for all who were willing to innovate, invest, and do the hard work needed to turn their dreams into reality for themselves, their children and grandchildren.

Over the past 100 years, however, elitists of our ruling class, interested only in their own personal gain, have promoted the socialist agenda of the liberal-progressives and turned the melting pot into a salad bowl. Group identity has replaced national identity so that the votes of one group can be purchased by taxation and favors at the expense of another.

Millions of immigrants, just like my grandparents, came to America to build a better life and to accept and assimilate within American culture . . . not change it.   While participating in ethnic activities such as the San Genaro Festival, eating tacos, kielbasa, or fried rice celebrates our diversity, once national identity is marginalized, the very philosophy of our nation can be fundamentally changed to reflect the biases and customs of immigrant groups.

By lack of attention, by unconstitutional executive orders, and with the tacit consent of Congress, legal and illegal immigrants are allowed entry into our county who refuse to assimilate and do not accept our laws and the supremacy of our Constitution. They are given financial assistance that should be reserved for our citizens and, because of court decisions that prevent proper voter identification at the polls, are allowed to participate in our elections. They proudly carry the flag and wear the colors of their nation of origin, while shouting slogans and insults about our flag and our nation. Instead of becoming part of our American culture, their intent is to change the very character of the United States to make our nation more like the nations from which they fled.  A scenario very much like the Trojan horse.

The elitists of our ruling class have a much more sinister motive in promoting and forcing upon us their open border policies. Immigrants who lack a commitment to our common culture and our Constitution form a dependent underclass of voters whose allegiance is purchased by those in power. As a result, the votes of those who have been raised to honor the legacy and history of our nation are easily offset and diluted by those who vote to perpetuate their undeserved benefits and seek to create a “new” America unlike the one in which we grew up.

Don’t make the mistake, however, of criticizing illegal immigrants, protesting their benefits, speaking out against amnesty, or suggesting that they might constitute a risk to our national security and personal safety. The newest weapon in the elitist toolbox is political correctness. Our First Amendment right of free speech has been limited so as not to offend those who flaunt their disrespect for our nation, its history, its traditions, and its legitimate citizens.

In essence, our government has created a special privileged class of pseudo-citizens who are granted privileges and protections not available to the rest of us.

At the core of the elitists’ agenda, is money, power, and control. The oligarchs of Planet Earth cannot accept the continued existence in America of a government of the people, by the people, and for the people – namely the constitutional republic given us by our founders and protected by generations of brave patriots.

The Sovereign Man, as an individual or in groups of his/her peers, remains the single most potent threat to tyranny in all its forms, and, for that reason, every action of government is designed to eliminate him.

This is the portion of the cycle of history in which we find ourselves today. If we ignore that fact and refuse to seize the baton passed to us, America will suffer the same fate as the empires and republics of the past, destroyed from within by the greed and lust for power of their shortsighted rulers.

This is our seminal moment in history. Inaction is not an option. 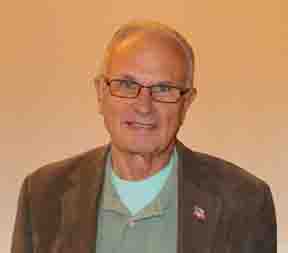 Dr. Dan’s guest on Freedom Forum Radio this weekend is David Bores, an expert on Muslim immigration into America and Sharia Law.  Over Mr. Bores’ long career in law enforcement, he has been an adjunct instructor on the Islamic threat to America for the Georgia Police Academy, the Georgia Association of Chiefs of Police, and the Center of Security Policy.  In addition, Mr. Bores was the Chief of Police of Woodstock, GA and a member of the command staff of the Cherokee County Sheriff’s Office.  He also served for 23 years in the United States Army, retiring in 1991 as a Lieutenant Colonel. Mr. Bores is a graduate of the Southern Police Institute at the University of Louisville and holds two Master’s of Science degrees. He is a former member of the adjunct faculty of Criminal Justice at Kennesaw State University, and has previously taught at Reinhardt and Georgia State Universities.

This 45 minute presentation covers the current threat of Jihad to the US as exemplified by the attacks in Paris and San Bernardino in late 2015. While, many government and public officials do not yet acknowledge the theological basis for these attacks, the general public remains fearful of more homegrown jihad violence. At the same time the Muslim Brotherhood is quietly working on a variety of fronts to drastically change our culture and to subvert the US Constitution.

Don’t miss this opportunity to be informed about dangers facing the American (YOUR) way of life. You will not hear this information presented on your local or national news.  For additional information, contact Chuck Luca at 706-994-9801. 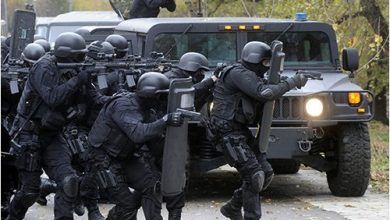 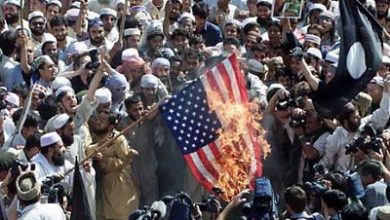 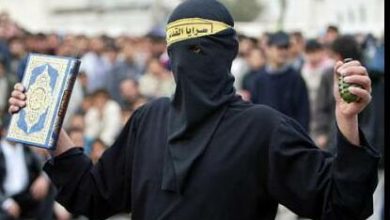