To achieve success in life it is essential to identify a specific goal then develop a strategy to reach it.  Flexibility may be required to overcome obstacles using small course corrections as long as the focus on the desired objective remains firm.

“You can’t fight something with nothing” used to be a commonly observed political theory by which candidates for office developed a platform of ideas to win supporters and votes.  After voters identified problems, each candidate, often in a debate format, offered plans to solve the issue, allowing voters to choose based on what was promised.  There was a time when honest contenders delivered on their promises and were subsequently judged on that basis.  Given the enormous cost of political campaigns today, politicians, swearing to keep their word to get votes, more often do what they are paid to do once in office.

The Collectivist Elite are adept at proposing partial solutions to real problems.  Their legislative proposals are designed to solve one or two problems with money taken from one group and given to others.  The votes of the recipients, happy to get free stuff, have thereby been purchased through use of public funds.  Unfortunately, the now wildly popular bill can be packed with a variety of liberal tag-along programs that are cleverly hidden.  Any legislator who considers a vote against the bill is publicly demonized, and, forced to vote in favor, inadvertently enacts another part of the Collectivist agenda of bureaucratic tyranny.

ObamaCare is an excellent example of the successful application of this ruse.  We all remember Nancy Pelosi stating that “We have to pass the bill so that you can find out what is in it”.  ObamaCare was supposed to provide medical insurance to a population sector that could not afford to purchase it.  In truth, ObamaCare, a foot in the door for socialized medicine, did not solve the stated problem and in fact made medical care worse or even unavailable for almost everyone.  Many physicians and some conservative legislators proposed excellent legislation to fix the real problem.  Instead, the GOP based their opposition on the defects of ObamaCare instead of actively promoting real conservative solutions that would have provided quality medical care for all.

LBJ’s Great Society, promoted publicly as a means to eliminate poverty, was nothing more than a wealth redistribution scheme that successfully purchased minority votes for decades.  While destroying Black families and creating a transgenerational “poverty culture”, trillions of taxpayer dollars were spent without any decrease in poverty rates.  The GOP could have come up with their own plan based on vocational training and free market opportunity with a better chance of reducing poverty through self-sufficiency.

It is, therefore, truly exciting and refreshing to meet Vernon Jones, candidate for Governor of the State of Georgia.  His “Contract for Georgia” spells out seven key action items that he will implement upon taking office:

Vernon Jones was born and raised in a small farm town in North Carolina where his late mother taught him the value of hard work, the importance of faith, and the moral obligation to do what’s right, even when it isn’t easy.

Vernon Jones served two terms as the CEO of DeKalb County, where he managed a $3.2 billion budget and a 7000+ member workforce.  His budgetary motto, taught to him on the farm by his mother, was “If you don’t have it, you don’t spend it.”

Vernon Jones served in the Georgia House of Representatives, where he maintained an “A” rating from the National Rifle Association and sponsored legislation that criminalized political violence targeting Trump supporters, reined in the power of government, and sought to curtail and address the issue of illegal immigration.

In 2020, Representative Jones became one of the most visible and impassioned supporters of President Trump. He crisscrossed the country on President Trump’s behalf, spoke at rallies, and ultimately delivered a keynote speech at the 2020 Republican National Convention.

We all know that the Republican Party is in desperate need of leaders with a spine who know how to fight, who are beholden to the people not special interests.

Vernon Jones will not let us down.  I hope you will join me in supporting his bid for Governor of Georgia.

Dr. Dan’s guest on Freedom Forum Radio this weekend is Vernon Jones, GOP candidate for governor of the State of Georgia. 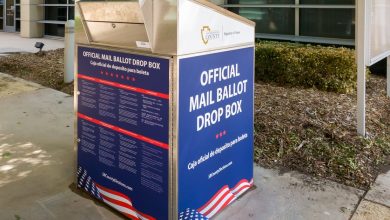 Election Integrity and Your Freedom 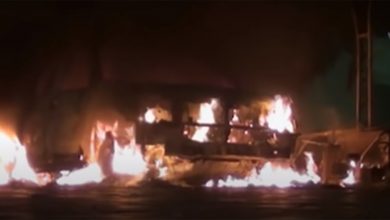 Remember the Heroes of Benghazi