When government uses disease as a means to advance its agenda, the corruption of medical ethics is inevitable.  Practitioners are forced into draconian catch-22 dilemmas – dispense medical care as demanded by the Hippocratic Oath or obey the unethical demands of tyrants.  Physicians who speak out publicly against official misinformation risk severe penalties that even include loss of licensure.  In fact, physicians who dispute the official party line with medical truth are vilified by the media and accused of spreading disinformation.

For nearly the past three years, the entire world has been dealing with a pandemic of biblical proportions.  Many millions have been infected by a common upper respiratory virus that now causes a significant risk of morbidity and death because its lethality and contagious potential were enhanced for personal and corporate financial gain.

Infectious diseases from various sources have cursed humanity for thousands of years.  Only in the past century, however, has medical prevention and treatment been available and successful.  The miraculous advances in science and medicine over the past few centuries were possible because investigators observed and followed the rigorous protocol known as the Scientific Method.

For centuries, scientific experimentation proceeded by this set of strict principles and rules to ensure accuracy.  Without obedience to the Scientific Method, humanity’s progress would have been haphazard, unreliable, and certainly less successful.  Scientists proudly adhered to the mandatory honesty of their shared responsibility to seek the truth.  These “Men and Women of Science” held themselves to that high standard, policing their profession by peer review to censure pretenders and discredit false results.

History, however, is always available to teach us important lessons.  When the disciplines of science and medicine are bent to conform to a political agenda, the treatment and sequelae of disease become subject to the tyrant’s plans and goals.  Common people like you and I then suffer unnecessary illness, pain, and death.  Worse yet, would-be dictators use the disease as a tool to steal personal property, abuse individual freedom, and destroy the foundational compacts upon which civil society is built.

The lesson here is critical for modern physicians.  At its very core, Medicine is still an Art regardless of the statistics the government uses to control the delivery of medical care.  Medical progress is only possible by therapeutic trial and error, either in the context of elaborate and costly FDA clinical trials or one-on-one at the bedside of a seriously ill patient.  In dealing with experimental medications, especially in government trials, it is essential that the data, results, and conclusions are truthful and comply with the requirements of the scientific method.  That means that the scientists and physicians designing and performing the studies must not be subject to financial or career pressures that can influence the results.  That is the only way to ensure that the studies are reliable and truthful.

It is disgraceful that these basic tenets of science and medicine have been discarded in response to the COVID epidemic to the detriment of our patients.  Faced with a lethal infectious disease, absolutely every potential treatment modality should have been made available to all patients, especially commonly used medications known to be safe.  Assisted by bureaucracy, government prohibited the use of certain medicines, subsequently shown to be effective, by denying their efficacy and safety.  These same government physicians then turned humanity into a phase III clinical trial of a vaccine based on new technology that was never properly tested.  Adverse reactions, including fatalities, from Covid vaccines since their first use approximately 18 months ago are now known to far exceed the total adverse reactions to all vaccines since 1996.

As a result, to date, worldwide, over 560 million persons have been infected with COVID-19 and over 6 million have died.

Even more catastrophic, however, is the use of this disease to instill generalized fear in the population for the specific purposes of amending, stealing, and abolishing the fundamental Natural Law constitutional Rights of the American people, a direct contradiction of the Bill of Rights and the rule of law.  History has again chosen to repeat itself as the self-entitled, arrogant, world elite attempt to destroy our freedoms to satisfy their greed and lust for power and control.

Two hundred fifty years ago, our founders risked their lives, fortunes, and sacred honor for our freedom.  Now it is our turn to do the same for our children and grandchildren.

Dr. Dan’s guest on Freedom Forum Radio this weekend is Dr. Bose Ravenel.  Dr. Ravenel received his medical degree from Duke University School of Medicine and completed a pediatric residency at Johns Hopkins Hospital.  Dr. Ravenel was a Major in the US Army. He spent 11 years in academia, concluding as a Clinical Associate Professor of Pediatrics at UNC Chapel Hill School of Medicine Department of Pediatrics and 33 years of private pediatric practice.

Dr. Ravenel co-authored the book:  “The Diseasing of America’s Children:  Exposing the ADHD Fiasco and Empowering Parents to Take Back Control.”

Since his retirement in 2020, he has studied all aspects of the COVID-19 pandemic and spent 3,000 hours analyzing the published literature and networking with several of the leading experts in Vaccine Informed Consent and Medical Freedom across the country. 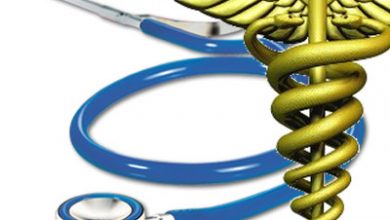