Climate Change has been a constant part of earth’s history since our planet was formed approximately two billion years ago.  At one time, millions of years ago, the surface temperature on earth was 430,000 degrees.  A great deal of climate change has certainly occurred since then.  Most of North America was covered by a glacier two miles thick a mere 20,000 years ago, which is a tiny blip in time compared to the total lifespan of a planet that has celebrated 2 billion birthdays.

Climate Change might actually be an existential threat to human life on earth, but there is no unbiased scientific data to conclusively prove or disprove that prediction. The Age of Dinosaurs was ended by some type of climate catastrophe millions of years ago, and no one really knows for sure what lifeforms inhabited our planet before and after the dinosaurs.  Apparently, our planet has continued its long-term existence regardless of the presence or absence of “life” above, on, or under its surface.

The concept that Earth’s climate is changing is not the “Hoax”.  The “Hoax” is that, in our collective arrogance, humanity believes that we have the power to prevent or modify alterations in the earth’s ecosystem caused by forces well beyond our understanding and control.

The notion that mankind has any tool at all that could alter the natural trajectory of earth’s climate or that of our solar system is a fantasy.  That fantasy is not part of the normal thought processes of most people.  It has been created by politicians and their unprincipled scientist allies whose computer models are adjusted to predict the worst possible outcomes.  These computer models predicting “Climate Armageddon” are a world-class fraud being used to generate a state of widespread fear about the future of life on earth to promote the globalist agenda.

The proposed cure, therefore, is the cruel deception that we can save planet earth by giving up our lifestyle and our individual freedom.  The collectivist elite has sold this fantasy to the gullible and ignorant masses who are racing down the rabbit hole of global tyranny oblivious to the catastrophe that awaits them.  They are the “useful idiots” of our era.

Younger generations are much more terrified of Climate Change than older people.  The American education system and the national media have successfully indoctrinated students to believe that human activity, fossil fuse use, and capitalism are responsible for Climate Armageddon.  The ability to use critical thinking and the scientific method to formulate and test theories is no longer taught, and “woke” culture prevents the social discourse and debate necessary to consider differing points of view.  A population that is technically competent but intellectually ignorant is the goal of Marxist education.

Science only has meaning if its practitioners adhere strictly to the Scientific Method to design and carry out experiments.  There can be no bias on the part of investigators.  The data entered, the results evaluated, and the conclusions reached must be independent of the wishes of the sponsors and the participants.  Only a hypothesis thus proven can be considered reliable and truthful.

Mandating a total switch to renewable energy before the U.S. economy and technology can adapt will lead to destructive burdens on most Americans.  There will be increased energy costs for home heating, cooling, electricity, and transportation as well as instability of the U.S. electric power grid with increased blackouts.  Because Brazil, Russia, India, and China (BRIC) will not have to rely on costly energy sources, the destruction of remaining U.S. manufacturing and middle-class jobs can be expected.  Runaway inflation, burdensome taxes, shortages of food and commodities, a lower standard of living, and loss of individual freedom are all inevitable.

Humanity is faced with yet another attempt by the global elite to eliminate the systems of governance that support individual freedom.  As the current Cycle of Tyranny repeats itself, millions will suffer and die while the rest of us hope and pray that sanity, enlightenment, and morality return.

If we have any chance to reverse the destruction of our Constitutional Republic, the deliberate denial of scientific fact cannot be allowed to continue.  Whether Climate Change is natural or man-caused, the only viable solution is the basic defense mechanism of all organisms, namely, Adaptation or Extinction.

Trust in Freedom and Resist Tyranny!

Dr. Dan’s guests on Freedom Forum Radio this weekend are Robert Kappelmann, PE, and David Wilson, both are well-educated and well-qualified guests, each with a special area of expertise to tackle the reality and deception of Climate Change.  Both have been guests individually on Freedom Forum Radio in the past.

Robert Kappelmann graduated from Stetson University with a Bachelor of Science degree and completed undergraduate requirements in Chemical and Civil engineering.  He received a Master’s degree in Environmental Engineering from the University of Florida.  His graduate research area was Atmospheric Photochemistry.  He is a registered professional engineer in the state of Florida.

David Wilson has a 28-year history in public education.  David received a Bachelor of Science degree in General Business with a minor in Economics and a Masters’s Degree in General Science.  He is certified to teach Physics, Chemistry, Biology, and Earth Space Science in three states.  He has taught upper-level science courses at Murphy High School including General Physics, Honors Physics, and Advanced Placement Physics for College Preparation along with 2 courses in Chemistry at Tri-County Community College. 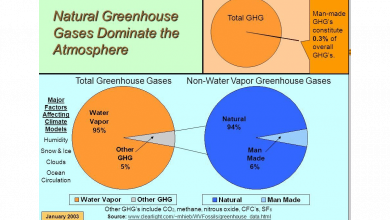