Chris Gaubatz is a national security consultant, speaker, and conservative political activist. He trains law enforcement on strategies and modus operandi of the jihadis in order to locate and prosecute these networks.

Gaubatz works with citizens, legislators, and other leaders at the state and local level to create strategies to expose and dismantle these networks.

Gaubatz has testified before the US Senate on the dangers of minimizing radical Islam in combating terrorism.

As lead undercover researcher in one of the most successful post-9/11 under-cover operations in the United States, Gaubatz posed as a Muslim convert and gained access to Muslim Brotherhood and Hamas-backed organization leadership meetings. He exposed fraud, sedition, and terrorism. 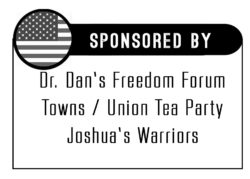 The Art of War – Counter-Insurgency Against the Red-Green Axis

The Art of War – Counter-Insurgency Against the Red-Green Axis